Stockdale Gets Green Light for Medical Office Development in LA

The City Council voted unanimously to approve a 145,000-square-foot Class A medical building 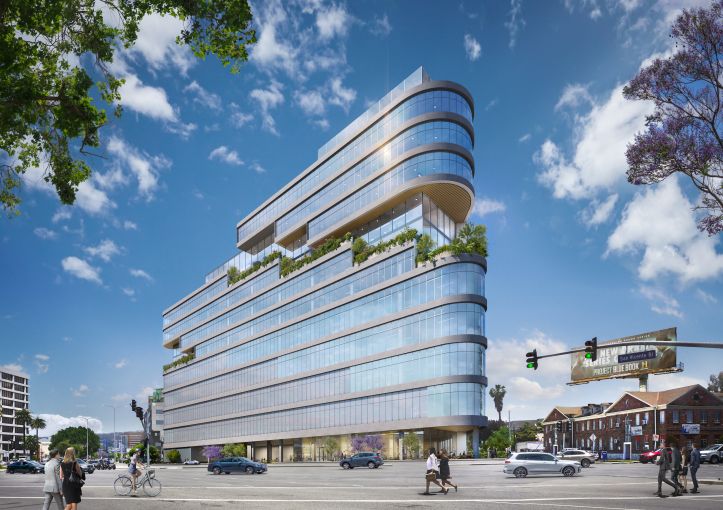 The project at 656 South San Vicente Boulevard is designed to accommodate higher-acuity procedures such as surgery and other invasive outpatient services. Stockdale Capital Partners

A 145,000-square-foot Class A medical building is set to rise in the Beverly Grove neighborhood of Los Angeles near one of the top hospitals in the country, Cedars-Sinai Medical Center.

The Los Angeles City Council voted unanimously to approve a plan by investment firm Stockdale Capital Partners to build the development at the intersection of San Vicente and Wilshire Boulevards near Beverly Hills. It will be the first new major outpatient medical office in the area in more than 20 years, according to Stockdale.

The project at 656 South San Vicente Boulevard is designed to accommodate higher-acuity procedures such as surgery and other invasive outpatient services that are not easily done in older building stock, the developer said. It will also feature laboratory space for medical researchers and focused studies in a supply-constrained market for both medical office and life sciences.

Stockdale’s Daniel Michaels said the area is “extremely underserved with outdated product,”with a 5 percent vacancy rate since the City of Beverly Hills enacted a medical office moratorium in 2011.

“Given the extreme health concerns of these past few years due to the pandemic, access to quality medical care remains an absolute priority and we believe this building will serve the neighborhood well,” Michaels said in a statement. “We are already in active discussions with leading health care providers for prospective tenancy.”

Earlier this year, L.A.-based Stockdale sold two Los Angeles medical offices with 107,000 square feet to Harrison Street for $156 million. One property is fully occupied by Cedars Sinai on Wilshire Boulevard about 1.5 miles away from 656 South San Vicente, and the second is in Santa Monica and leased to UCLA Health.