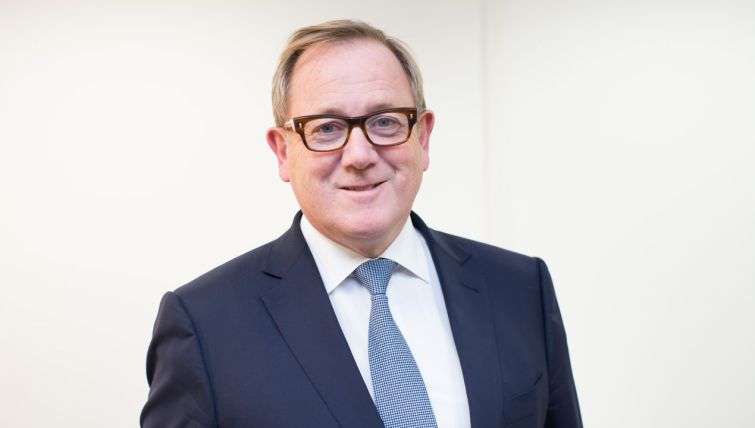 Before there was WeWork — and Industrious and Daybase and Knotel and Convene, etc. — there was Regus.

It was they that created the template for flexible office spaces and leases that WeWork especially purported to break. Even with WeWork’s famously botched IPO and a pandemic seeming to upend the model, flexible office space (aka coworking) remains a hot area in commercial real estate, with the aforementioned companies and others vying for the same worker who doesn’t want to just go back to the same old office.

IWG — short for International Workplace Group, parent company and creator of Regus and several other flex office brands such as Signature, Spaces and Basepoint — is one of the major players. IWG has decided that now is the time for hybrid work, and with 1,100 U.S. offices — more than WeWork — it is expanding into tertiary markets and suburbs to be closer to where people live. It claims to serve 83 percent of Fortune 500 companies.

It opened its first Regus office in Brussels in 1989. That office still exists, Mark Dixon, IWG’s British-born co-founder and chief executive, said in a phone interview with Commercial Observer shortly before Thanksgiving, and it will soon be joined by others designed to take advantage of what is seen as mushrooming demand for hybrid workspaces. There are about 3,500 IWG locations in more than 120 countries, according to an IWG spokeswoman.

Dixon’s remarks have been edited for length and clarity.

Commercial Observer: From what I understand, IWG wants to bring flexible office and coworking to tertiary markets, suburbs and areas outside the major cities. Why do you think that’s a good thing?

Mark Dixon: It’s something we’ve already been doing. We’ve been doing it for many years, in fact. We’re in lots of very small towns across the U.S. and globally, and what we’ve seen is stronger and stronger demand.

So you have found that there is robust demand for these offices, and they are accretive to your company?

Absolutely. And the vast majority of them — not all of them, but 80 percent of them — are in smaller town locations.

There’s been this movement toward hybrid working. It’s very permanent. And most people misunderstand it. They’re thinking that somehow New York and Chicago will come back. That’s not the case. These large cities are actually very hard for workers to get to. It takes a lot of time and money. And with modern technology you don’t need to do that. Maybe they don’t want to work from home, but they want to work a very short bicycle ride away and have a very short commute.

The number of Regus locations is growing, right? What’s that number going to be in a year or so?

That number in a year or so will have doubled. It’s that changeover from everyone commuting and less people commuting. It’s just human nature. No one wants to waste an hour a day, two hours a day commuting.

And how many of these are outside of the major cities like New York, Chicago and L.A.?

We’re moving rapidly in that direction. We’re doing partnerships with hundreds of building owners to convert their buildings into cowork space. It’s a very good way to create cash flow from their buildings.

And what are you doing to make sure your customers are receiving the same benefits that customers of WeWork, Industrious and Convene receive, so that these people don’t feel like they’re second class?

We have a totally different strategy from Convene or WeWork. We provide all the same things. And more.

One of the things I noticed from your website is that you see hybrid as a path to idealizing a company’s ESG rating. Talk to me about that.

First of all, next year we will be carbon neutral, at Level 2. We hope by the end of the year to be Level 3, which is the maximum. We will achieve that in 2023. So customers using us can benefit as we make the highest level of ESG in the industry.

Number two, companies using us will not only get that, but there is a 70 percent reduction in carbon footprint by using us because it reduces commuting and makes the use of space much more efficient. You’re paying for less. We have studies on this and can show you the calculation.

I think of Regus as a traditional office space provider, the provider of the template that WeWork broke. How much of that is true? And how is IWG in position to provide what the post-pandemic market wants?

We actually own (several) brands, and  International Workplace Group is our holding company. Those brands are approaching different parts of the market. We have budget brands, we have high-end brands. We have designer brands like a boutique hotel.

Very similar to the hotel industry, we have a large selection of brands for our partners to choose from. The model of this business we set up and perfected many years before WeWork. Although they will claim that they’re somehow different, they do exactly what we do. That’s very similar to our Spaces brand. The only difference, I suppose, is that our businesses are very profitable. And WeWork is still trying to find an equilibrium.

If you asked Adam Neumann or whomever, they’d say the old companies didn’t provide a soul, they didn’t provide a sense of belonging. If a company wanted to expand into a market, they’d open up in a Regus, and they would have a place to get some coffee, someone would answer the mail, and that was all they really needed.

WeWork may claim that because they had to claim they were different. We were doing exactly what WeWork was doing, and better, for nearly three decades. Of course we provide a sense of place and coffee and food, and many other things. We do events, we do all these things. They may claim they are somehow different. But that’s absolutely not the case

It’s the fundamental building block of what we do. If we didn’t do it, we wouldn’t have 8 million customers.

They also claim they were going to be profitable this year. Adam Neumann claimed the business was worth $47 billion. They have to say there’s something different because otherwise they have to explain why it is they lose so much money compared to our business, which is profitable. We do everything — the customer is provided with all the same services and more than these companies provide.

How does IWG make money?

Now how do we do it? Basically, we convert space into many, many different products that we can then sell to the open market. As I said earlier, we have 8 million users who want to be in many new places. So we’re expanding the number of users and at the same time expanding the number of buildings that we have under management. So, it’s essentially intensively managing space and investing also in that space to create products that modern workers want. So, we’re supplying all the IT services, we’re supplying all the furniture. We supply catering and beverage, we have event space, we have a disaster recovery service.

And I take it you charge a fee for those things?

Absolutely, yeah. It’s quite difficult for investors to do this kind of intensive management. That’s what we do. So, we’re creating 100 different lines of revenues, and then operating very efficiently. And we have a long history of doing it.

One thing I noticed on your website is that you offer “instant offices” — offices or meeting space that can be available in as little as an hour. Is there a lot of call for that?

It’s not quite what you say. Everyone has an app. You can just book space for an hour or for 10 days’ time. No different from a hotel. Revenue from these shorter-term products is in the $300 million to $400 million range.

It’s a relatively small part of the business. But it’s the fastest-growing segment. And, so, this is all part of the change in how companies are sort of managing their people. They’re reducing their offices in the big cities, and giving people more support by saying, “Look, when you need an office, go take one.”

What is your message to landlords? Can traditional office buildings survive?

First of all, this transformation was taking place pre-pandemic. Our best quarters in our company’s history were the last quarter of `19, first quarter of `20. More and more companies were converting, even then. The pandemic massively accelerated adoption. Everyone realized that you don’t lose productivity by moving people out of the central office.

But the difference is this: If you’ve got 1,000 workers, you don’t need to have them all in the middle of Chicago. You can maybe have a collaboration space and 100 people in the center of Chicago who happen to live there. But everyone else can be anywhere where they want to be throughout the country.

So, cities still have an important role. Customers are looking for having less space, but they want better-quality space. It’s likely then that the lower-quality buildings will need to be converted to residential or other things.

We need to encourage the building of affordable accommodations, lower-cost housing, so more workers can live near where those office buildings are. Cities that don’t do this will become less and less relevant. Cities like New York or London are very expensive to live near the center of. Very few can.

These cities were badly affected because of commuting. Commuting itself is the elephant in the room. It’s not about office vs. home. It’s commuting that people don’t want.