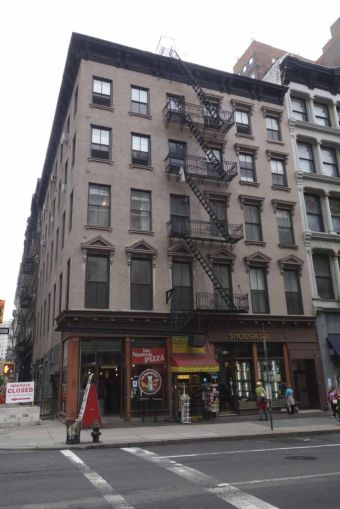 The Copenhagen-based luxury designer inked a five-year-and-five-month lease to relocate its offices and showroom to 5,750 square feet on the top floor of the five-story Tribeca building, according to tenant broker Cresa. Asking rent was $68 per square foot.

In addition to housing its offices, Ganni will use the space to show off its jackets, shoes, sweaters and more to prospective buyers, said Cresa’s Nicholas Markel, who represented Ganni with Benjamin Grajzgrund. Ganni will relocate from 5,500 square feet at 275 Canal Street later this month.

Ganni jumped on the space for its views of Lower Manhattan and mezzanine level within the fifth floor, plus the five months of free rent it scored, Markel said.

“The full floor [was] custom built and better reflects the Ganni brand,” Markel said. “It’s a boutique building on Broadway that has a very nice airy, lofty feel to it.”

The retailer debuted in the U.S. with flagship stores in SoHo and Los Angeles in 2019 and opened its first Brooklyn outpost at 113 North Seventh Street in Williamsburg last year, joining a slew of other high-end fashion shops popping up in the neighborhood.

Avison Young’s Brooks Hauf represented the landlord in the deal. Hauf and a spokesperson for Ganni did not immediately respond to requests for comment.