Higher-end shops were already trickling in to the hipster mecca, but the French fashion house's move could open the floodgates 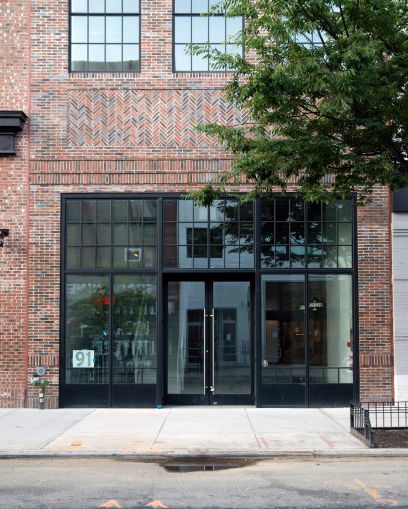 Williamsburg, Brooklyn, over the past few decades has shifted from gritty artist outpost to upscale residential enclave, allowing retailers to come in and capitalize on the area’s hip history, especially in the neighborhood’s northern half. But the French fashion house’s decision to locate a flagship store in Williamsburg could signal an acceleration in the influx of name-brand shops.

J.Crew was one of the first major brands to locate in the neighborhood, opening a store on Wythe Avenue near North Fourth Street in 2014 with a mural from graffiti writer and street artist Greg Lamarche. Urban Outfitters opened a three-floor concept store with a restaurant on North Sixth Street between Wythe and Berry streets the same year.

Cynics were already deriding the former industrial neighborhood as shi-shi and hipster back then, only a year after Smorgasburg, a food fair and now-major tourist attraction, moved to the Williamsburg waterfront. Two more major markers of retail gentrification arrived in 2016, when both Whole Foods and the Apple Store opened on the same block of Bedford Avenue.

Then came the direct-to-consumer retailers and smaller, high-end designers. Warby Parker opened a store at the corner of North Sixth and Berry streets in 2019 featuring exterior and interior art by another graffiti writer-turned-muralist, Steve “ESPO” Powers. Everlane also opened a location on North Sixth Street between Berry Street and Wythe Avenue in 2019, bringing its minimalist aesthetic to a two-floor, 4,400-square-foot space billed as its largest U.S. store. Nike, Birkenstock, high-end perfume purveyor Le Labo and San Francisco clothier Marine Layer have since populated the same block.

The pandemic provided other established, high-end brands the opportunity to dip their toes into the neighborhood, taking advantage of a decline in retail rents to try pop-up stores. Gucci teamed up with North Face for a short-term store on North Sixth Street in January 2021. Bottega Veneta also opened a pop-up on Grand Street that summer. Danish brand Ganni, a cult favorite, debuted a small store on North Seventh Street in July 2021.

Many retail experts compare Williamsburg’s trajectory to that of another former industrial neighborhood that was occupied by artists before becoming an expensive residential area and a major shopping corridor.

“It reminds me a lot more of when you started to see luxury brands come into SoHo,” said retail consultant Soozan Baxter. “SoHo didn’t come out of the gate that way. I looked at college for the first time in New York when I was 16, and I’m 47 now. Back then, SoHo had a little bit of retail but it didn’t have the high-end brands.”

She also noted that two years of pandemic work-from-home has helped make Williamsburg more of a 24-hour neighborhood with a larger daytime population during the week.

“The most dynamic change you’ve seen with work-from-home is that all the cafes, the restaurants, the gyms are bustling with people right now,” said Baxter. “You see people all day long in that area. It’s become a 24/7 neighborhood, which you don’t have in all pockets of Manhattan.”

She noted that the area near the Bedford Avenue L stop attracts people from many other parts of the boroughs, in addition to tourists.

“It’s not just about serving Williamsburg, it’s the halo effect of serving all of Brooklyn and all of Queens,” said Baxter. “You don’t really have high street shopping in those boroughs, and not everyone wants to come into Manhattan.”

Mitzi Flexer, a retail broker at Cushman & Wakefield, pointed out that North Williamsburg’s evolution into an upscale retail neighborhood has closely followed a wave of high-end rental and condo towers that attracted high-earning residents.

“The average income for North Williamsburg is $90,000, so they can spend more money on more expensive products,” she explained. And with fewer people going to Manhattan during the pandemic, “it kind of made all of the retailers that were feeding off people having lunch and shopping in the city” seriously consider the outer boroughs.

Williamsburg also tends to attract traditional brands that want to test unique retail concepts, or off-beat stores that wouldn’t be at home along commercial strips like Fifth or Madison avenues in Midtown.

In terms of more unique tenants, art-infused, high-end retail concept Showfields leased a space on Kent Avenue last spring for its “House of Showfields,” where it will sell sneakers, clothing and skin care products. A few blocks south on Kent, restaurateur Santiago Gomez recently opened Padel Haus, which aims to be both a social club and a facility for padel, a racket sport popular in Spain and Latin America.

Brandon Singer, who runs his own retail brokerage, Retail by MONA, noted that many retailers started considering Williamsburg after seeing SoHo and Midtown become ghost towns in 2020.

“Manhattan was trashed, it was in a bad place,” said Singer, referencing the looting that happened during the Black Lives Matter protests in 2020. “Brands looked at Williamsburg as a creative alternative.”

Asking rents in Williamsburg vary widely depending on how close a storefront is to the L train and how much foot traffic it gets. On side streets such as Berry, Wythe and Kent, asking rents range from $100 to $200 a square foot, according to various retail brokers interviewed for this story. Landlords on high-demand blocks like North Sixth and North Seventh streets are asking $300 or more per square foot, and on Bedford Avenue one owner is hoping to get $500 per square foot. By comparison, the average asking rent in SoHo was $328 a square foot in the spring, according to the Real Estate Board of New York.

Residential rents in Williamsburg swung dramatically during the pandemic, similar to what happened across the river in pricy parts of Manhattan. In March 2020, average asking rent for a two-bedroom in the neighborhood was $4,285, up from $3,540 in March 2019, according to data from residential brokerage MNS. It sank to a pandemic-era low of $3,009 in February 2021, but crept all the way back up to $4,644 in June 2022.

The strength of the area’s residential market — which saw its first wave of major rental and condominum towers completed from 2009 to 2011, just after the Great Recession — has played a big role in Williamsburg becoming a destination retail corridor. The city rezoned much of Williamsburg in 2005 to encourage such development in place of increasingly underused industrial space.

“I think the foundation for it started a long time ago,” said Dean Rosenzweig, a retail broker for CBRE. “It was always evolving into a live-work-play neighborhood pre-COVID, and COVID only fortified that. Years ago, when the residential started to come out of the ground, retailers started to realize that if this housing was being built, and it was able to attract folks with these high income levels, then it was worth coming into the neighborhood.”