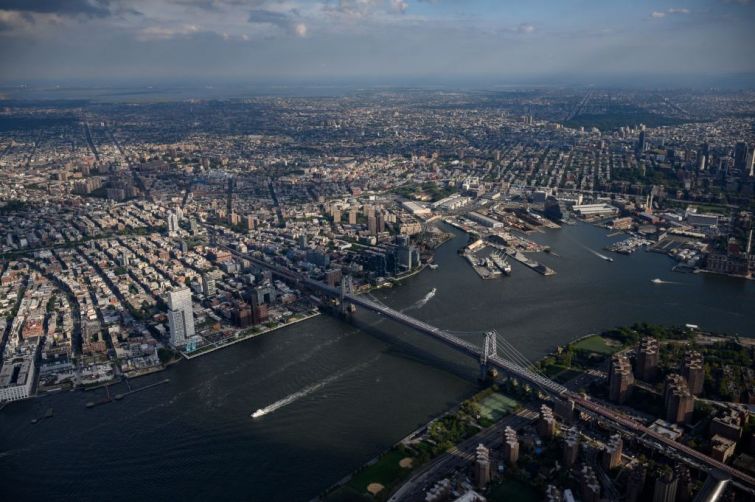 The summer wasn’t just warm, it was red-hot for Brooklyn’s retail market, according to the Real Estate Board of New York’s latest retail report for the borough.

“In the last six months there’s been a bit of an increase in national retailers going a little more aggressively in their expansions,” Keith DeCoster, director of market data and policy at REBNY, said. “It’s a sign of tourism and a little bit of a return to office in Downtown Brooklyn.”

Those retailers included Lidl’s first Brooklyn outpost in 25,000 square feet at 120 Fifth Avenue in Park Slope; gym chain Life Time’s 100,000 square feet at 9 DeKalb Avenue in Downtown Brooklyn; and two CVS Pharmacy outposts taking a 12,350-square-foot space at 85 Jay Street in Dumbo and a 10,000-square-foot store at 120 Fifth Avenue. Plus, at least five new day cares and schools opened across southern Brooklyn over the summer, according to the report.

All that demand for space has caused asking rents to jump, particularly in Dumbo, where the average asking rent rose 91 percent to $85 per square foot from winter 2021, according to the report. Williamsburg’s Bedford Avenue, between North Eighth and North 12th streets, also increased by 43 percent from winter 2021 to $188 per square foot. But because of the extremely low availability in both neighborhoods, those numbers might be unnaturally high, DeCoster said.

Low availability “can cause big fluctuations from one report to the next [but] in general rents are going up slightly,” DeCoster said. “That speaks a lot to how strong demand has been in Brooklyn for quite a while now.”

Brooklyn, however, faces some of the same economic issues as the rest of the city thanks to inflation. Retailers are already facing rising rents, higher costs of doing business, fewer rental concessions and an uncertain economic future, but those factors haven’t slowed consumer activity in the borough yet, DeCoster said.

“The strength and persistence of consumer demand is something you see nationally and in Brooklyn,” DeCoster said. “Retailers are having to pass on some of the elevated costs that they’re running into, but it’s not suppressing the appetite for people to go shopping and go out.”