Miami-Dade mayor talks resilience in an era of climate change 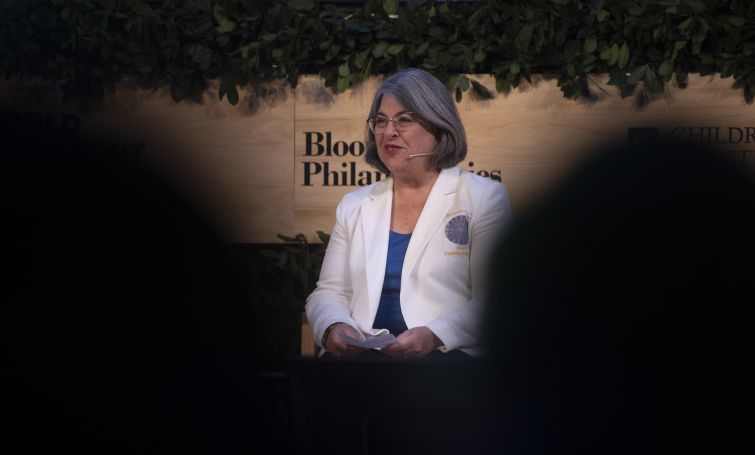 The effects of climate change will play out differently in each respective city, but the leaders of the world’s major cities gathered to share strategies on addressing what is, essentially, a collective problem that calls for a collaborative effort.

One of the metros represented was Miami. Although more than 4,000 miles away from Buenos Aires, Florida is grappling with the aftermath of Hurricane Ian: a timely example of the ways in which climate disasters are already impacting geographic livability and longevity.

During the conference, Commercial Observer sat down with Daniella Levine Cava, the mayor of Miami-Dade County, which with nearly 3 million residents has more people than 17 states. She spoke about sustainability in Miami-Dade  — and the future of the fast-growing South Florida region.

The following has been edited for clarity.

Mayor Cava on preparing for Hurricane Ian and future storms:

We do know hurricanes in Miami-Dade County. Clearly Hurricane Andrew was the bellwether for us. But Hurricane Ian was a shakedown storm because it was heading straight at us. We were busy preparing as we always do. I’d just created a new department for emergency management.

Emergencies are hurricanes but also flooding and extreme weather. We know that we’re well prepared for wind, but not so well prepared for water. I think Ian was evidence of that kind of storm that brings in such a high amount of water. We do have areas that are vulnerable.

One of the things I focus on is vulnerable people being evacuated in time. So we have a registry for people who need assistance. We want more of our shelters to be pet-friendly because people often don’t evacuate because of their pets. And we’re going to have a post-Ian action report as well to see exactly what we can learn from the experience in Fort Myers.

On the range of damage after Hurricane Ian:

Look, I went to Fort Myers Beach. And so I saw firsthand the homes that are built up high on pilings — they survived better than the ones that are on the ground or made out of wood. It’s like the three little pigs: you build your house out of straw, wood or brick. So it was very stark because you see homes and buildings that were relatively unscathed. They had hurricane windows, everything was OK. I’m sure there was damage but not to the level of the boats piled up and the mobile homes that were there, I suppose, pre-the hardening of the code.

We have a major initiative with the Army Corps of Engineers. Probably the largest project they’ve done will be to protect Miami-Dade and some of the associated cities from storm and flooding. Originally they had proposed building a huge wall in the middle of Biscayne Bay, which we rejected. We wanted to include more natural features and were able, with the current administration and the new assistant secretary, to get them to agree to start over and incorporate natural.

We just got another round of support from the Army Corps as well for our dunes and our beach renourishment, which is a major protection for us. We also protect land, so of course you need to have water absorption areas. You need to have not all asphalt. All of those things are part of our building code now.

On the climate disaster’s impact on Florida’s insurance policies:

So much of rebuilding is driven by federal policy around flood insurance. If the federal government is willing to rebuild again and again despite those risks, it’s kind of hard to change market perception. That being said, we know in Florida we are experiencing all kinds of resets with the insurance. This is largely a state function; the state controls the insurance industry. What we’ve done is by building resiliently we can lower our risk and have a lower flood insurance rate.

We are being very aggressive about trees, their carbon absorption and shape. We actually have the most days of extreme, dangerous heat in the country. So we don’t have necessarily the highest temperatures, but we have the most days that are dangerous heat-wise. And so we have to make sure that we have laws that protect our workers and educate people about the risks of heat.

We’re doing a lot of building efficiency, but it’s not mandatory. New York City makes it mandatory. So that becomes a political issue. For our county, we have facilities and cool roofs. We got the Envision solar rating for those who are installing solar. But our building efficiency — BE305 — is incentives for buildings to do their audit, reduce their footprint.

On the future of Miami-Dade:

We’re looking in Miami-Dade at 2 feet of sea level rise by 2060. So that isn’t that far into the future. And that’s without a major weather event. So for sure, we’re going to be higher. We’re going to be more water-based. There’ll be sacrificial infrastructure.

You know, people still want to be in our paradise. It’s a beautiful place. It’s wonderful weather, except for those weather events. So I think there will continue to be adaptation. It will be expensive, but as my daughter told me many years ago: “Florida is a theme park, and people will pay to be here.”

It’s on us to make sure that we have the workforce, too. It doesn’t work to build just for those of wealth. We have to build for the people to maintain an economy. It will look different, but I do not think it will be gone quite so soon.

On takeaways from the C40 World Mayors Conference:

We’re open. We’re writing down all the ideas to see what we can put into action. This is a very specialized group of people. These are the people that actually are aggressively doing something about climate change. That is not universal by any means. So I’ve had an opportunity to hear some really creative ideas. We’re making note of many of them.

But also there’s a lot of politics. I’m in a state where the governor is investing in flood mitigation and some resilience efforts, but not yet saying that climate change is man-made. So we’re not as a state investing in carbon reduction or preventing building along the coast. It’s being treated as more episodic.

We definitely see our part in the world arena. And I think that’s also a very encouraging part about C40; all of these cities are contributing beyond their footprint. But you know where cities lead, nations don’t always follow, and so we have huge issues of disparities in countries that didn’t create the problem.

There’s a lot of creative technologies, like electrification. But we have to create the environment to have the charging infrastructure, which I’ve led on. For solar, we have, again, an industry in Florida that is not very amenable to rooftop solar. They want to basically own solar production. This past year there was a bill to really undermine individual solar that was vetoed.

Our electric buses don’t recharge the grid, so we have to look at that. We are bringing net-zero to our port. We’re hoping to get a major federal grant, a mega-grant, in that regard. We are looking at things like charging in the roadway. We learned in Israel about technology that has the vehicle ride over the roadway where it charges. And we have the first waste-to-energy garbage truck that is self-energizing. So that is a creative thing, but our buses don’t do that. We need to look at it as more of a circular economy.