Agency will explore other options to protect Miami-Dade from hurricanes 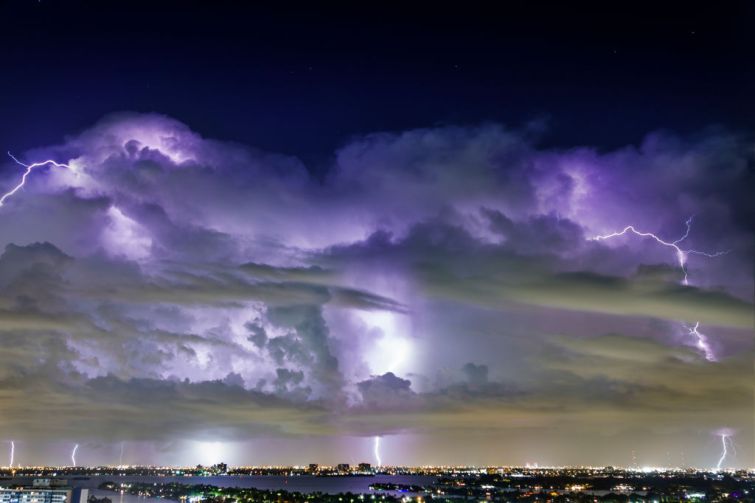 The Army Corps of Engineers has agreed to revisit a $6 billion storm surge protection plan for Miami-Dade County that county officials rejected last year. The plan had called for a floodwall of up to 20 feet tall along Biscayne Bay, blocking access and views to Miami’s famed shoreline. The plan was resoundingly rejected.

In 2018, Congress provided funding to the Corps to conduct a feasibility study, called the Back Bay Coastal Storm Risk Management Study, on how best to protect the vulnerable South Florida coast from hurricanes and storm surges, especially as sea level rises.

The plan the Corps presented in 2020 included nonstructural components such as elevating and flood-proofing thousands of homes, as well as a structural network of floodwalls, surge barriers and pumps. The existing system, designed for singular storms, is already stressed by the chronic flooding that is already a threat to many parts of South Florida due to more frequent heavy rain and king tides.

A key component of the Corps’ plan was a seawall along Biscayne Bay and surge gates at the entrance to three waterways that empty into the bay, including the Miami River, which serves as a commercial artery. Further south in Cutler Bay, the plan called for mangrove groves to form a “naturally occurring” barrier to flooding.

While the Corps is tasked only with storm surge protection, and not sea level rise, the plan accounted for up to 3.5 feet of sea level rise within the next 60 years, since that will certainly affect the severity of storm surges, according to NPR.

The reaction to the floodwall, which would’ve hemmed in the thriving neighborhood of Brickell, where tens of new towers are being built, was universally negative — and county officials rejected the plan in the summer of 2021. Some critics were concerned about the effect on property values and quality of life. Others, including Miami-Dade Mayor Daniella Levine Cava, had pushed for more natural solutions.

As of August, the Corps — which is working on similar plans in other vulnerable areas, such as Norfolk, Va., and Lower Manhattan — agreed to scrap the wall while keeping the nonstructural elements of the plan, The Miami Herald first reported and a spokesperson for the Corps confirmed.

The Corps will pay for the new feasibility study, which could cost up to $8.2 million and add up to five years to the timeline, according to a letter sent to Levine Cava in August, which acknowledged the mayor’s request that more natural solutions be explored.

“Given the risk and vulnerability of our nation’s coastline from increasingly destructive storms associated with climate change, it is critical that any plan balance project performance while also preserving and protecting the environment and does so in an equitable manner for the community,” wrote Michael Connor, assistant secretary of civil works at the Corps, who approved the extended study.

Connor then warned that the sea level in the study area is predicted to rise 2 feet within the next 30 years, according to estimates by the National Oceanic and Atmospheric Administration, and storm surges could rise 11 feet, according to the Corps’ modeling.

“This information warrants all of us to maintain a sense of urgency to address these risks and build resiliency into the Miami coastline,” he concluded.

So now, it’s back to the drawing board. The Corps will meet with county officials this Friday to begin work on the scoping and establish some goals and parameters for what comes next, the Corps spokesperson said.