The market was already in crisis prior to the hurricane 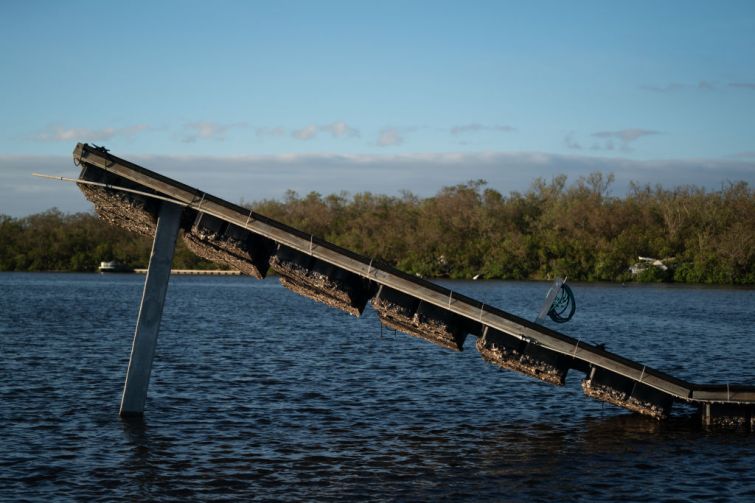 Florida has hardly begun assessing the destruction that Hurricane Ian unleashed, but it’s clear that the damage to homes and lives, to businesses and infrastructure, is catastrophic.

And while every Floridian knows that the next hurricane may be just around the corner, that doesn’t mean everyone is prepared for the brunt of its force — least of all the state’s insurers.

Earlier this week, before Hurricane Ian hit, property insurance firm FedNat became insolvent, the sixth Florida carrier to do so this year, and the 11th since 2021. Other insurance companies have pulled out of the Florida market or dropped policies as they’ve tightened conditions, leaving homeowners and landlords with skyrocketing premiums — increases of upwards of 30 percent in some cases — or unable to obtain coverage at all.

The crisis has been years in the making, as Florida insurance companies hemorrhaged over $1 billion in cash in both 2020 and 2021. State officials have attempted to address the crisis, passing several reforms during a special legislative session in May, but those measures have not come close to correcting the teetering insurance market.

The special session had been called ahead of the hurricane season, because as Republican state Sen. Jeff Brandes warned, it would take just one major hurricane to collapse the market entirely.

And here it is.

“Hurricane Ian is, if not the death knell, then something close for Florida’s property insurance market,” said Alex Roje, an attorney at Lathrop GPM, who specializes in property claims.

Florida’s coastal geography played a major role in its insurance meltdown, but a second contributor is another Florida specialty: fraud. In particular, roofers have been offering homeowners new roofs even where there was very little damage, and promising to get insurance to pay for it. Then they’d sue the insurers who denied the claims, forcing them to settle or pay out. Some companies were (or are) getting sued hundreds of times a month.

“There’s been a combination of bad law, hyperactive trial bar, and fraud that has led to the insurance meltdown where many of these smaller companies can’t sustain the amount of legislation happening in Florida right now,” Brandes, the loudest voice in the room on this issue, said in an interview in June.

So many companies have left the market or gone insolvent in recent years that the number of policies held by the state’s insurer of last resort, Citizens Property Insurance Company, have ballooned from fewer than 500,000 in 2019, to an estimated 1 million through the end of 2022. And that was the case before Ian tore through the state.

“We fully expect to see significant increases [in premiums] because of this past hurricane,” said Asi Cymbal, chairman of development firm Cymbal DLT Companies.

Given Florida’s history, however, it’s quite clear that, scammy roofers or not, the state is not an easy place to insure. “I think there’s hesitation in the market, by carriers, to be in the Florida market because of our exposure to hurricanes and because of their historic losses,” Cymbal said.

In fact, history is repeating itself. After Hurricane Andrew in 1992, most large insurance companies fled, leaving the state to pick up the slack. In 2002, Florida formed Citizens to provide insurance for homeowners who couldn’t get it elsewhere. After Citizens was launched and the market stabilized, smaller insurance companies began coming back into the market, and the state had somewhere between 50 to 60 property insurers as of last year.

Along the way, every major hurricane sent new shudders through the market, as Ian certainly will. Already, insurers have suspended writing new policies until they can assess the existing damage. While it’s still early days, there have been estimates of up to $50 billion in damage.

“We’re probably going to see another historical event with the same results [as Andrew]. We’re going to see carriers that are going to leave, increases in premiums,” said Hector Torres, CEO of Cymbal DLT.

With climate change adding to the risk of an intense hurricane season each year, it’s likely to become even more difficult to obtain insurance at a reasonable cost. “When a risk becomes a certainty, it becomes very difficult to underwrite because it’s no longer really a risk,” said Roje.

That’s where the government comes in, just like it did with Citizens. “My prediction will be that property insurance in Florida, given climate change, is going to require the government to underwrite some of this coverage,” Roje said, pointing to precedents such as the National Flood Insurance Program and the Terrorism Risk Insurance Act after 9/11.

Some companies are also considering the option to self-insure, or pay for catastrophic insurance only, though lenders are not exactly on board.

In other words, it’s not clear where the Florida property insurance market goes next, but it’s certain that change is afoot. “Something of this magnitude, there’s no question we’re going to see another drastic change,” said Torres. “What that is, it stands to see. “