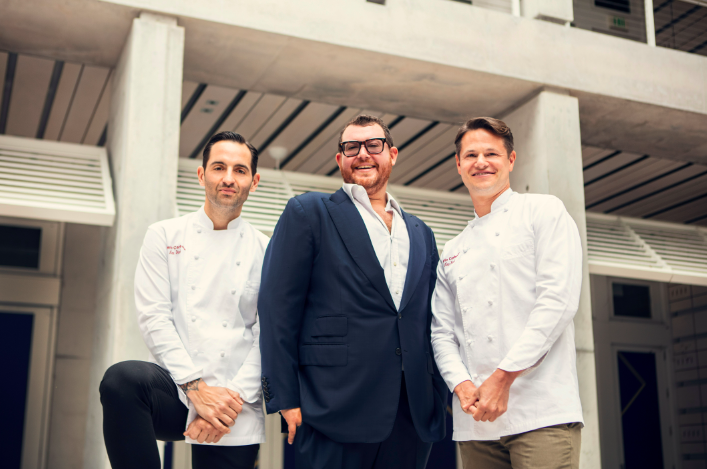 Major Food Group will open its newest restaurant concept in Miami later this week in the Design District.

The hit-making group behind Carbone and Dirty French will open Contessa, an Italian restaurant first launched in Boston, in a two-story corner building at 111 NE 41st Street.

“We wanted to create our idealized version of a Northern Italian glamorous enoteca,” said Jeff Zalaznick, one of three partners who run Major Food Group. “We wanted to celebrate the whole region from Florence all the way to the north of the country.”

The 15,010-square-foot location is owned by Dacra, the company run by Design District creator Craig Robins.

Contessa is the third restaurant that Major Food Group, which is also run by chefs Mario Carbone and Rich Torrisi, is bringing to Miami’s Design District, all three of which are on the same block. Down the block is ZZ’s Club, a members-only space that will soon be expanded to twice its current size, and on the next block, at 69 NE 41st Street, the restaurant group is opening a Sadelle’s brunch spot with retailer Kith.

The restaurateurs have been on an expansion tear recently and opened numerous restaurants in South Florida — as well as globally — over the last two years, beginning with the first Carbone location outside the Manhattan original, which opened in South Beach in January 2021.

The Manhattan location helped put Major Food Group on the map, but Carbone lost its Michelin star in the latest ranking, released earlier this month. “I don’t feel bad about it at all,” said Zalaznick. “We never cooked for Michelin.”