The duo opened Sadelle’s at Kith in Paris last year 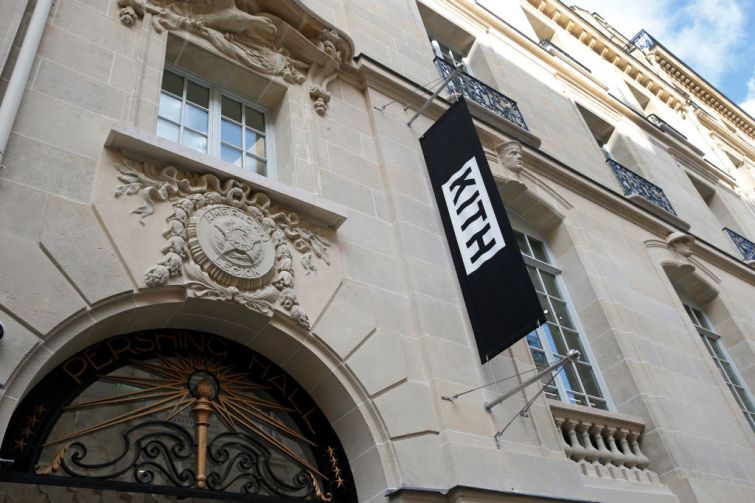 The companies are in the early stages of opening an outpost at 69 NE 41st Street, across the street from the Institute of Contemporary Art, according to sources with knowledge of the plan.

“We’re finishing up a deal,” Jeff Zalaznick, a partner in Major Food Group, confirmed, adding that the exact concept has yet to be decided.

The Miami location marks the companies’ second joint venture. Last year in Paris near the Champs-Élysées, the pair opened Sadelle’s at Kith, where the hospitality group’s Jewish deli concept is housed inside a Kith clothing store.

The Design District outpost is likely to become a flagship destination for both companies, given the building’s size. The three-story structure spans 37,326 square feet, including a 13,125-square-foot ground floor.

The building’s most recent tenant, TheArsenale, a purveyor of cutting-edge vehicles, vacated the space last month and relocated a mile south to Wynwood at 2450 NW 2nd Avenue, a spokesman for TheArsenale told Commercial Observer.

The Design District, developed by Craig Robins, is considered the pinnacle of luxury shopping in Miami. It’s home to marquee fashion names including Louis Vuitton and Chanel as well some of the city’s trendiest gastronomic hotspots such as the renowned Itamae and L’Atelier de Joel Robuchon.

A Kith and Major Food Group team-up represents a marriage of the most sought-after names in fashion and food.

Founded by Ronnie Fieg, Kith started with two sneaker boutiques in New York City in 2011 and is now one of the most hyped streetwear labels. The brand’s profile grew as streetwear took over the fashion industry, permeating into the designs of luxury houses, such as Louis Vuitton and Balenciaga.

The brand functions as both a fashion label and a retailer. It produces its own merchandise, which ranges from apparel to sleds and pens, while also curating products from other lines within its stores and website.

Kith is perhaps best known for its collaboration with notable entities Nike, Versace, BMW, among a long list of others. The merchandise stemming from those alliances often sells out within minutes.

The retailer now has 10 stores worldwide, including one in Miami’s South Beach. It’s unclear whether the Miami Beach store will remain open.

Major Food Group came onto the New York scene around the same time as Kith. The hospitality group —  led by chefs Mario Carbone, Rich Torrisi along with Zalaznick — has launched some of New York’s most popular restaurants over the past decade.

When its marquee restaurant, Carbone, began offering delivery meals soon after COVID-19 hit, the police were called twice in one week to disperse a crowd of hungry patrons and delivery people.

This past year, Major Food Group zeroed in on South Florida, opening a slew of restaurants. These included a Carbone outpost in South Beach, which became a celebrity hot-spot, Israeli restaurant HaSalon nearby along Washington Avenue, as well as ZZ’s Sushi Bar, a private club in the Design District.

The company launched Sadelle’s eateries in Coconut Grove and Boca Raton and plans to open a 10,000-square-foot flagship in Miami Beach.

Welcome to the Design District

The Design District, spread across eight-city blocks between 41 and 38th Streets, is a shopping district, home to the fashion’s most storied and exciting brands.

Two decades ago, developer Craig Robins began acquiring parcels across the Buena Vista neighborhood. In 2010, Robins’ Dacra and LVMH-backed L Catterton Real Estate teamed up to redevelop the neighborhood into an outdoor retail center, dashed with a taste of art.

With modern-art installations placed throughout the district and the support from luxury conglomerate LVMH, it has become the retail destination in Miami for luxury brands to make a splash.

Dior not only opened separate women’s and men’s stores, but also a café. Chanel, which opened its flagship store last month, reportedly spent $40 million on the build-out of the boutique. Last year, Fendi redecorated the café adjacent to its shop.