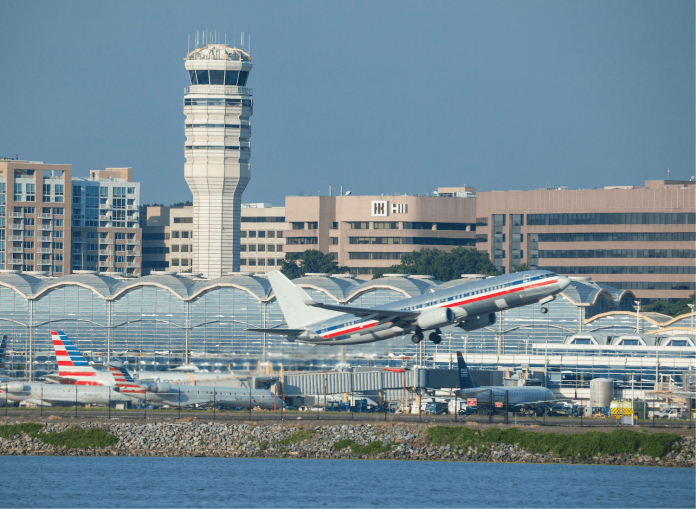 As part of the 11.5-year deal, HII will have signage rights when it moves in next summer.

HII, also one of the U.S.’s largest shipbuilders, remains in close proximity to the company’s largest customer, the U.S. Navy, as well as its expanded customer set across the U.S. Department of Defense.

The company is headquartered in Newport News, Va., and has office space at 300 M Street SE in the District’s Navy Yard.

“The National Landing location is an enhancement to our presence in the national capital region, puts us close to the Pentagon and the Department of Defense,” Danny Hernandez, an HII spokesman, told Commercial Observer. “We will maintain space near the Navy Yard so our close working relationship with our largest customer, the U.S. Navy continues —and at the National Landing we will get better access to our wider set of customers across the services. Our headquarters stays in Newport News, and this new space facilitates quick travel between them. We’re excited about what this means for our HII team and our ability to grow our impact, with all our customers.”

Since April 2020, JBG Smith has secured more than 1.4 million square feet of new leases and extensions with federal agencies and government contractors in National Landing, including Boeing and Raytheon, according to the company.

“HII’s commitment reflects an accelerating trend of defense companies establishing and growing their operations in National Landing,” David Ritchey, JBG Smith’s executive vice president, commercial leasing and asset management, told CO. “In addition to its proximity to the Pentagon, these companies are attracted to the billions of dollars in public and private investments that are driving National Landing’s ongoing transformation into a global hub for innovation.”

The building is just minutes from the Pentagon and is accessible to the Virginia Railway Express, multiple Metro stations and the upcoming CC2DCA pedestrian bridge to Reagan National Airport.