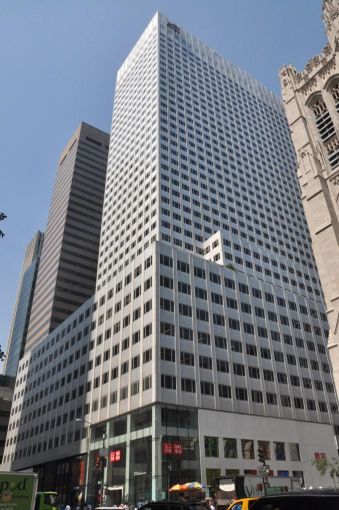 Among the largest individual debt payoffs in September was a $390 million mortgage secured by Vornado’s 38,814-square-foot retail condo at 666 Fifth Avenue in Midtown Manhattan. Photo: PropertyShark

“CRED iQ identified 15 workouts classified as dispositions, liquidations, or discounted payoffs in September 2022. Of the 15 workouts, only two of the assets were resolved without a loss. Of the 13 workouts resulting in losses, severities for the month of September ranged from less than 1 percent to 100 percent, based on outstanding balances at disposition.

“Workouts were split evenly between property types with five office, retail and lodging dispositions apiece. Distressed workouts for office properties in September had the highest level of aggregate realized losses (over $28 million) and the highest average loss severity (56.5 percent). Additionally, the liquidation of an office property represented the largest individual realized loss from our observations.

“A former Verizon Wireless Center in Albuquerque had outstanding debt totaling $20.5 million before it was liquidated in August. The vacant property had been real estate owned (REO) since May 2018 and spent more than five years in special servicing. Realized losses to the CMBS trust equaled roughly $11.9 million, equating to a 57.9 percent loss severity based on the asset’s outstanding balance prior to disposition.

“The largest loss by severity was associated with North Branch Outlet Center, a retail property 45 miles north of Minneapolis. The 134,480-square-foot outlet center became REO in October 2016 and the total workout period took over six years.

“The North Branch Outlet Center property had outstanding debt of $8.2 million prior to its liquidation and was resolved with a 100 percent loss severity. The asset was 52 percent occupied at the time of disposition, and occupancy was unable to be materially improved throughout the workout period.

“The largest workout by outstanding debt amount was the liquidation of the $47.8 million Shops at Boca Park REO asset, a 277,472-square-foot retail property in Las Vegas. The asset had been in special servicing since December 2015 and was resolved with a 4.6 percent loss severity based on the balance at disposition.

“Excluding defeased loans, there was approximately $7 billion in securitized debt among CMBS conduit, SBLL and Freddie Mac securitizations that was paid off or liquidated in September, which was approximately a 40 percent increase compared to $5 billion in August. In September, 3.6 percent of the loan resolutions were categorized as dispositions, liquidations or discounted payoffs.

The percentage of distressed workouts was 7.7 percent in the prior month. Approximately 42 percent of the loans were paid off with prepayment penalties.

“By property type, multifamily had the highest total of outstanding debt pay off in September with 53 percent of the total by balance. The relatively higher percentage of multifamily debt payoff was driven by refinancing of floating-rate debt.

“Office and retail had the next highest outstanding debt payoff with 11 percent of the total. Among the largest individual payoffs was a $390 million mortgage secured by Vornado’s 38,814-square-foot retail condo at 666 Fifth Avenue in Midtown Manhattan.”