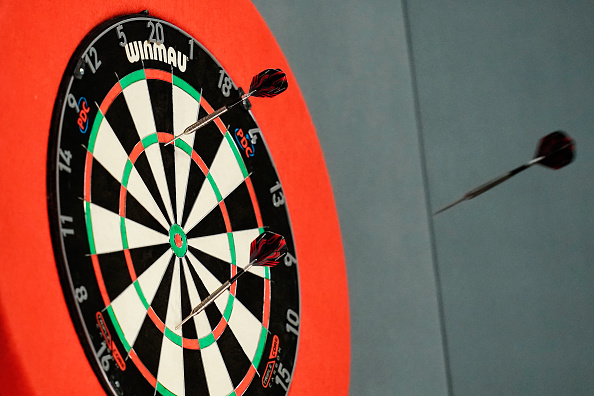 Last year saw CMBS issuance levels at volumes not seen since before the 2008 financial crisis. Momentum continued into the first quarter of 2022, until volatility erupted after Russia invaded Ukraine in late February. The sector then faced new headwinds when the Federal Reserve began aggressively raising interest rates to counteract inflationary pressures that show few signs of easing. So what’s around the corner for CMBS?

Overcoming one major hurdle, yet another follows for the U.S. CMBS sector.

Hotel and retail CMBS were initially hit hard by the impact of the pandemic. However, overall, the sector weathered the challenges well and delinquencies, which have been tracking down the past two years, are now below 2 percent. There has also been a dramatic increase in CMBS loan resolutions with only 25 percent of disposed loans suffering losses.

That said, CMBS is facing another set of formidable challenges with the pandemic now in the rear view: economic uncertainty and high inflation.

The deterioration in Fitch’s macroeconomic outlook and mounting headwinds anticipated through 2023 led Fitch to recently revise its outlooks for hotel, multifamily and industrial properties, moving them from “improving” to join office and retail at “neutral.” However, while risk and uncertainty have risen, overall asset performance for U.S. CMBS is neutral as property cash flows continue their recovery from pandemic lows. Inflation and weak economic growth will lead to sluggish nominal net operating income but the overall effects will be a bifurcation in performance within each property type.

For example, demand will remain healthy for Class A office properties, especially those that are recently constructed and in close proximity to transit hubs. Such properties will have state-of-the-art technology, environmental certifications, flexible layouts and amenities that returning workers will find attractive.

Older properties, with rigid layouts and outdated plant and machinery, are at risk of becoming obsolete unless significant capital expenditure is invested in them. As more leases come up for renewal, Fitch expects to see continued weakness for older properties. Office was the only major property type that saw declining net operating income between 2020 and 2021, down 1.1 percent.

While our outlook on retail is neutral, there is a heightened chance it moves to “deteriorating” should the macroeconomic headwinds — rising rates, persistent inflation eroding consumers purchasing power, and a potential recession — significantly slow consumer spending. These headwinds will directly affect retail sales which, post-pandemic, had been improving. Again, a bifurcation in performance is expected, with needs-based grocery, big-box retail and Class A malls expected to perform well, while older, Class B and C malls continue to struggle.

For loans close to maturity, their weighted average coupon is currently below market rates. This may pose a challenge for some loans if there has been limited amortization or net operating income growth over the term of the current loan. We expect to continue to see an uptick in special servicing volume as maturity defaults occur and higher interest rates make it costlier for borrowers to refinance.

The U.S. CMBS sector has by and large moved on from the crippling global pandemic. It is now bracing for a different challenge.

In the current uncertain environment, DBRS Morningstar believes the outlook for CMBS issuance volumes is gloomy, though credit fundamentals are relatively strong and are expected to remain largely so.

Following a breakout 2021 that ended with CMBS issuance volume at levels not seen since before the great financial crisis, the 2022 first quarter continued the trend with tremendous levels of activity. However, the late February invasion of Ukraine by Russia sparked market volatility that resulted in credit spreads widening dramatically, providing one of many headwinds for CMBS issuance for the remainder of the year and into 2023.

The second headwind is the steep upward climb of interest rates over the past 12 months, and especially within the last six months, driven by the Federal Reserve’s tightening of monetary policy in an attempt to rein in high inflation levels that persisted longer than expected. With the 10-year U.S. Treasury yield creeping ever closer to 4 percent, interest rates for commercial real estate loans have more than doubled from the levels of late 2021, and conduit loan coupons are above 5 percent for the first time in 10 years.

Beyond interest rates simply being high, the prolonged intense market volatility has made it extremely challenging for lenders to provide accurate pricing to borrowers that lasts for longer than a day, with many deals falling apart sometime during the application and underwriting process. Conduit volume, already depressed headed into this year, has slowed to a crawl in the 2022 third quarter and is down roughly 65 percent compared to first-quarter levels.

Single-asset-single-borrower (SASB) volumes have declined somewhat less as shorter-term floating rate debt was favored versus locking in at what borrowers perceive to be currently high fixed rates. However, with the yield curve now inverted, floating-rate borrowers are feeling the pain as well.

CRE collateralized loan obligation (CLO) issuance, which had skyrocketed in 2021, has fallen the furthest, with third quarter 2022 volume more than 75 percent lower than first-quarter levels. The combination of this sector being perceived as the most sensitive to credit spread widening along with issuers having the ability to keep their loans financed on warehouse lines with a variety of banks until they’re either forced to lower exposure or market conditions improve has led to many seasoned repeat issuers sitting on the sidelines or spacing their deals out more than usual or favoring to utilize reinvestment options in their existing deals.

Looking forward, there does not appear to be a catalyst for volume returning to anywhere near the levels of 2021 or the 2022 first quarter in the short or medium term.  The current rate environment will almost certainly have an impact on commercial real estate asset pricing, as capitalization rates (cap rates) have historically had a fairly strong correlation with the 10-year U.S. Treasury yield.

From a credit perspective, the story is much less bleak. Delinquency rates continue to decline, with the CMBS delinquency rate hitting a post-pandemic low of 2.88 percent in July. While the special servicing rate increased, for the first time in nearly two years, it is still at a relatively modest 5.08 percent.

Further, many of the newly specially serviced loans are retail assets that have been struggling for years and were expected to run into refinancing trouble even before the rise in rates. DBRS Morningstar expects maturity defaults to increase due to the higher rate environment, but the amount of 10-year fixed-rate loans maturing in 2023 is relatively modest at just over $25 billion and the average coupon is over 4.5 percent, much higher than the extremely low rates seen during 2021.

In addition, recent vintages of conduit transactions that would have carried the highest valuations supported by the lowest cap rates also exhibit quite modest overall leverage levels, with pool loan-to-values frequently below 60 percent. As a result, these pools can withstand a pullback in values more easily than some older vintages.

While delinquencies and losses in CRE CLO transactions have been nearly nonexistent, DBRS Morningstar believes that the upward drift of cap rates and the nascent weakening in multifamily fundamentals creates a potential for losses in the future. That being said, since the collateral contributed to these pools was seen to be higher risk at the outset, credit enhancement levels are frequently two times or more than those of conduit transactions, insulating investment grade bondholders from these anticipated levels of losses.

Our preliminary forecast for private label U.S. CMBS issuance in 2023 is $70 billion, excluding CRE CLOs, and we expect this to be down a bit in relation to 2022’s likely total of $75 billion to $80 billion.

Single-borrower deals are likely to continue their dominance versus conduits, given the ongoing difficulties in aggregating enough collateral for multi-borrower deals and the demand for shorter-term financing in an increasingly uncertain environment. Refinancing will be more challenging than in recent years, as higher benchmark rates and wider risk premia indicate that loan coupons will be considerably higher than at origination for any maturing volume. This, in combination with weaker cash flows for some pockets of office, retail, and lodging, implies declining valuations, and thus additional capital needs, which may be harder to find in a risk-off/recessionary environment.

One potential area of support for issuance is that banks are pulling back on lending, which may open the door for some CMBS origination opportunities. In addition, performance by property type remains mixed, with industrial, self-storage and multifamily among those still sporting significant appreciation over the past few years.

Turning to the credit side, for the office sector we are expecting a new equilibrium to emerge in the intermediate term, albeit with lower space demand (on the order of 15 to 20 percent lower leasing volume), values and rents. We forecast differences by property quality — for example, Class A to outperform Class B — and expect variance by industry and market.

Hotels in urban centers catering to business travelers may continue to struggle with multiple headwinds since the specter of an “official” recession may result in firms reducing expenses. An overhang of supply probably limits significant average daily rate improvement in some markets (e.g., New York City), even as national hotel revenue per available room has recently surpassed comparable 2019 levels despite somewhat lower overall occupancy.