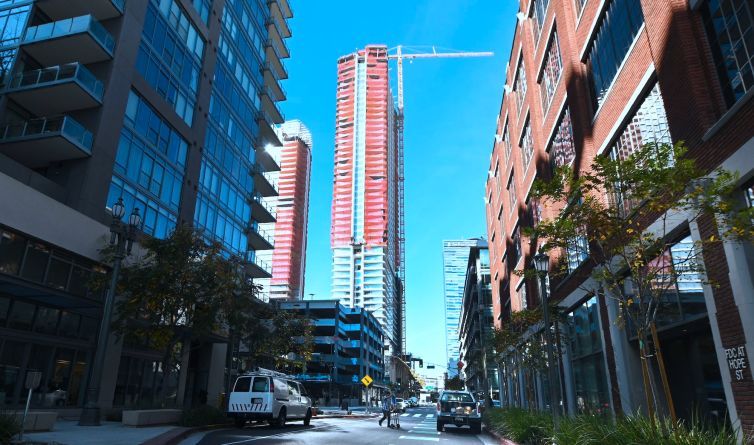 The massive multibillion-dollar Oceanwide Plaza development abruptly stopped rising in early 2019 just as it was becoming the newest mark on the skyline of Downtown Los Angeles. With tall cranes hanging motionless above the development for years, the project has become the subject of lawsuits and a source of unpaid debts.

Now, citing an interim results report from Oceanwide Holdings, Urbanize reported that the Beijing-based developer is rekindling fundraising efforts and now hopes to restart construction in 2023, and could complete work by 2025. That includes the 2 million-square-foot condo, hotel and apartment development taking up a full block adjacent to Crypto.com Arena (formerly Staples Center) and L.A. Live.

But the company indicated in the report that it is in negotiations to complete construction and pay off all debts. The project calls for 504 condominiums, a 184-room Park Hyatt hotel, and 150,000 square feet of retail space on the block bounded by Figueroa, Flower, 11th and 12th streets, per Urbanize. The physical structures and curtain walls of the three main towers are the only elements of the project left to be completed.