Sand Shortage, Other Headaches Drag on US Construction Starts 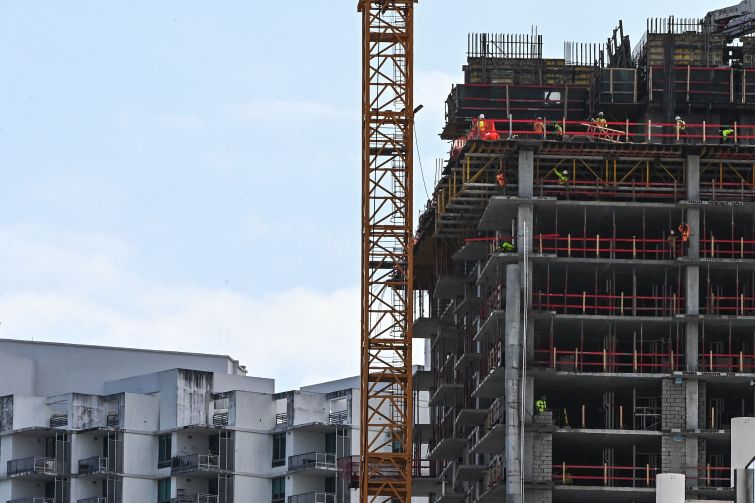 Recessionary fears, rising construction costs and increasing interest rates are starting to put a damper on new construction starts for commercial and multifamily projects, according to a new report from JLL.

New York City and the rest of the Northeast have seen a pullback in construction, architectural and engineering work over the past few months. Two major indicators of where the industry is heading—the American Institute of Architects’ Architecture Billing Index and the Association of Builders and Contractors’ Construction Backlog Index—both show declines in construction spending from April to June of this year.

Overall nationwide numbers show a gentle decline, while the dip in the Northeast has been starker. The South and Midwest are also seeing declines in construction spending, while the West has been relatively stable.

Andrew Volz, JLL’s national construction research manager, said that there were some “very real risks and large structural concerns surrounding the construction industry generally.” But he described the declines in the two construction indices as “more of a deceleration rather than a pullback.”

He said that developers had “hit a wall” in terms of hiring, noting that a construction industry labor shortage had led to a “correction of an overhyped market and builders being overly enthusiastic about hiring growth.”

Wage growth in the construction industry has not kept pace with inflation either over the past two years, which means that construction laborers have experienced real wage losses of nearly 2 percent since March 2020. Meanwhile, pay in warehousing and transportation is up 1.3 percent, which will lead to more workers leaving construction for these better-paying industries.

Material costs rose 10 percent nationally in the first six months of 2022, with specific shortages in glass and concrete. A worldwide sand shortage and rising energy costs have made it more expensive to produce concrete and glass.

“What we’re really forecasting is that we’re still going to see increases in other materials that have been stable, like concrete, glass,” said Volz. “Running kilns turns out to be extremely expensive when energy costs are up as much as they are.”

The cost of lumber is down 26 percent nationally year over year from a record high in 2021, but the cost of other construction materials has risen significantly. The cost of plastic construction products is up 27 percent compared to a year ago, steel is up 22 percent, aluminum is up 20 percent, and concrete is up 13.5 percent. However, domestic steel production has risen 20 to 30 percent since 2020, largely due to provisions in the 2021 federal infrastructure bill that require projects receiving federal infrastructure funding to source their steel domestically.