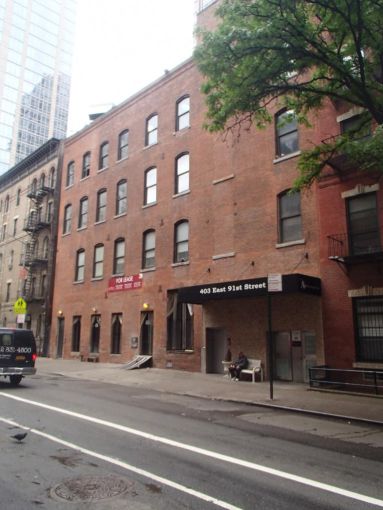 The International Institute for the Brain has made up its mind on its new Upper East Side digs.

The brain disorder and injury treatment organization inked a 10-year deal to move from 311 East 94th Street to 16,000 square feet across the entire third and fourth floors of 403 East 91st Street, Commercial Observer has learned.

Asking rent was $55 per square foot, according to tenant broker Judson CRE. The institute, also known as iBrain, decided to ditch its previous offices after Taconic Partners and Nuveen Real Estate bought the building in December 2021 with plans to tear it down to build a new development in its wake, according to Judson CRE.

Its new space — which the institute plans to move to in the first quarter of 2023 — previously housed a now-shuttered powerlifting spot Edge Gym. Other tenants in the building between First and York avenues include medical center American Access Care.

Judson CRE’s Nicholas Judson, Wendy McDonald and Crosby Matthews brokered the deal for both the tenant and landlord Eli Zabar, an heir of Zabar’s who owns the property under the company Bake 403.

Zabar and iBrain did not immediately respond to requests for comment.