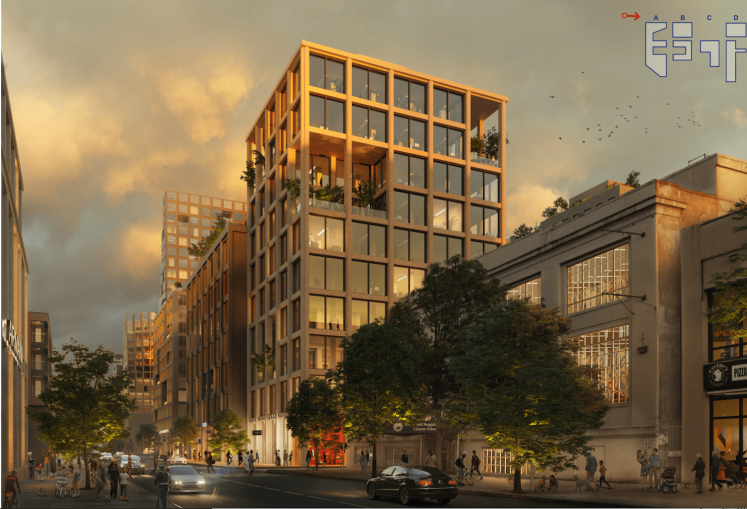 The New York City Planning Commission approved plans for a 2.7 million-square-foot mixed-use development in Astoria, Queens, dubbed Innovation QNS, even after the project was shot down by the borough president and local community board.

City Planning approved the plan by a vote of 10 to 3 on Wednesday morning, with City Planning Commission chair Dan Garodnick lauding the plan as something that will stimulate the local economy, providing not only a number of affordable dwellings built without any city subsidies, but also jobs and green space.

But the $2 billion plan — proposed by a joint venture among Bedrock Real Estate Partners, Kaufman Astoria Studios and Silverstein Properties — was not without its detractors. Queens Borough President Donovan Richards and Queens Community Board 1 voted against the project, both claiming the process lacked transparency — something Garodnick acknowledged in his opening remarks.

“Innovation QNS could have benefitted from earlier, more frequent and more robust community outreach from the applicant team,” Garodnick said during the meeting. “That said, Innovation QNS is a unique opportunity to create nearly 3,000 homes and hundreds of permanently affordable homes that will change the lives of thousands of New Yorkers, that will provide them with stability in a vibrant neighborhood, where little of that stability currently exists.”

The uniform land use review procedure (ULURP) application for Innovation QNS will now go before the New York City Council for a vote — Council member Julie Won represents the district — before heading to Mayor Eric Adams for final approval.

Innovation QNS could pump 2,800 units of housing into a mainly industrial section of Astoria, 700 units of which will be affordable under the city’s mandatory inclusionary housing act. The development, which will take over a portion of 35th Avenue from Northern Boulevard to 37th Street, also calls for up to 200,000 square feet of retail, a 90,000-square-foot community facility, an 80,000-square-foot grammar school and a new movie theater.

“The need for affordable homes; family-sustaining jobs; public open space; and expanded services for immigrants, seniors and young people has never been greater, and today’s overwhelming approval of Innovation QNS by the City Planning Commission is an important step toward delivering all of that and more for our neighbors in Astoria,” Tracy Capune, vice president at Kaufman Astoria Studios, said in a statement.

Those opposed to the project worried that it mostly consists of market-rate units and could potentially displace current residents.

“I do think it’s a very passive and somewhat illogical approach to wait for the market to somehow give us affordable housing by providing so many unaffordable units,” Leah Goodridge, who sits on the planning commission and voted against the project, said during the meeting. “While the amount of apartments may be privately financed, it’s still the same 25 percent that we see here every day.