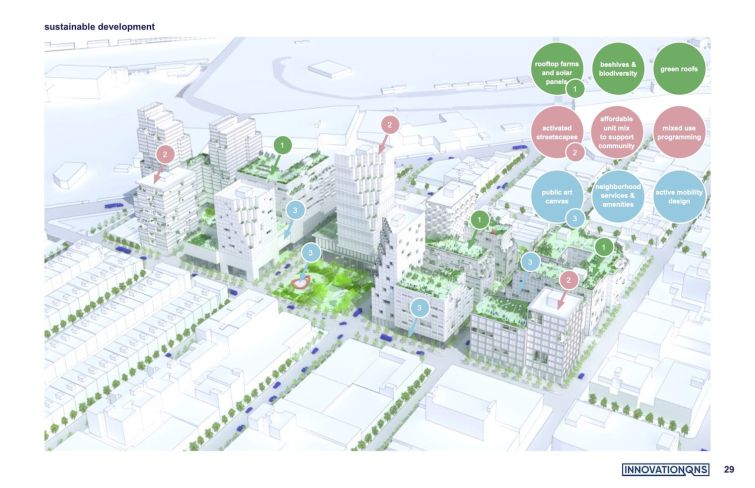 The developers of the Innovation QNS project in western Queens are nearly doubling the number of affordable homes in the 2,800-unit plan.

Bedrock Real Estate Partners, Kaufman Astoria Studios and Silverstein Properties told New York City Council member Julie Won that they would increase the number of affordable units from 700 to about 1,120 — or 40 percent of the total scope, the Queens Daily Eagle first reported.

“If approved, Innovation QNS will be the largest privately developed influx of affordable housing in Queens history, more than tripling the number of affordable homes created in Astoria in recent years and adding more than 500 deeply affordable new homes for the city’s most vulnerable families earning ‘extremely low income,’ ” Tracy Capune, vice president at Kaufman Astoria Studios, said in a statement to Commercial Observer on behalf of the joint venture.

Innovation QNS has had its ups and downs, having been rejected in an advisory capacity by both Queens Community Board 1 and Queens Borough President Donovan Richards. But the project crossed a major hurdle last week when the plan was approved by the New York City Planning Commission.

The 2.7 million-square-foot, mixed-use development in Astoria will not only include housing, but also calls for up to 200,000 square feet of retail, a 90,000-square-foot community facility, an 80,000-square-foot grammar school and a new movie theater. It is projected to cost about $2 billion.

The joint venture is targeting an area along 35th Avenue from Northern Boulevard to 37th Street.

The uniform land use review procedure (ULURP) application still needs to reach the City Council for a vote. If OK’d by the Council, it will go to Mayor Eric Adams for final approval.