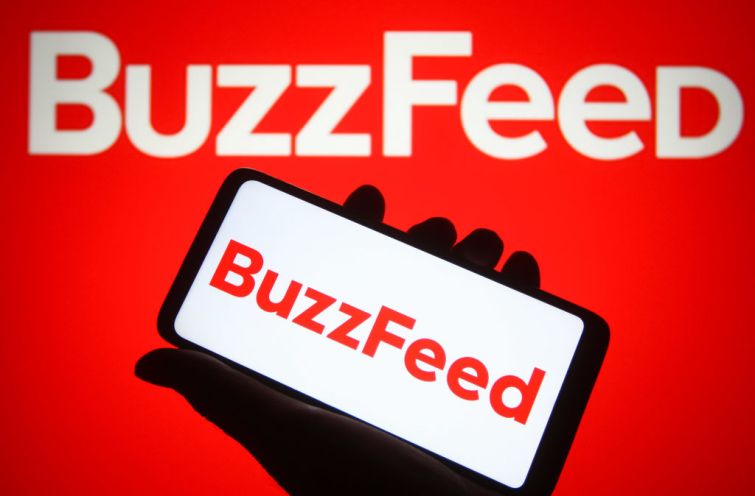 Media company BuzzFeed sublet its entire Park Avenue South headquarters and will cut its office footprint in a relocation to 229 West 43rd Street, sources with knowledge of the deal confirmed.

BuzzFeed inked a sublease with software company Monday.com for its entire 110,000-square-foot offices at 225 Park Avenue South, Crain’s New York Businesses first reported. Monday, which currently has its New York City headquarters at 34 West 14th Street, will move into its new digs on the 13th through 16th floors next month, according to subtenant broker Savills.

A spokesperson for Savills declined to provide the terms of the deal.

BuzzFeed will move its offices to about 107,000 square feet at 229 West 43rd Street, according to a source with knowledge of the deal. The 229 West 43rd office is occupied by Complex Networks, which BuzzFeed acquired for $300 million last year, and has “ample office and production space” for the two companies, a spokesperson for BuzzFeed said. The New York Times occupied most of 229 West 23rd until it decamped for its new Eighth Avenue headquarters in 2007.

BuzzFeed’s reduction in its office footprint comes as a number of firms have done the same, closing offices or scaling back on expansion as remote work doesn’t seem to be going away.

Yelp shuttered 450,000 square feet of offices in New York, Chicago and Washington, D.C.; UBS shrunk 15 percent of its London space; Netflix wants to sublease tens of thousands of square feet in California; Salesforce put more than 412,000 square feet on the sublease market in San Francisco; and Twitter plans to close offices and reduce space around the world, including by offloading a full floor of its nearly 140,000-square-foot space at 245 West 17th Street.

Meanwhile, Facebook parent company Meta decided against expanding its offices at 770 Broadway by another 300,000 square feet and is reportedly pausing its plans to build out its new offices at Hudson Yards. And Amazon pulled out of a planned sublease with JPMorganChase at 5 Manhattan West.

However, not every firm plans to give up large swaths of its office space. A survey by the Federal Reserve Bank of New York found that only 16 percent of local service firms reduced their office footprints after adopting a hybrid model and cut space by just 5 percent on average. And tech giant Apple called its workers back to the office three days a week starting Sept. 5.

“A company like Monday.com wants to be located in New York City’s top submarkets,” Wenk said in a statement. “We conducted an incredibly thorough search and uncovered a great opportunity at 225 Park Avenue South, a destination building in one of the tightest submarkets in the city.”