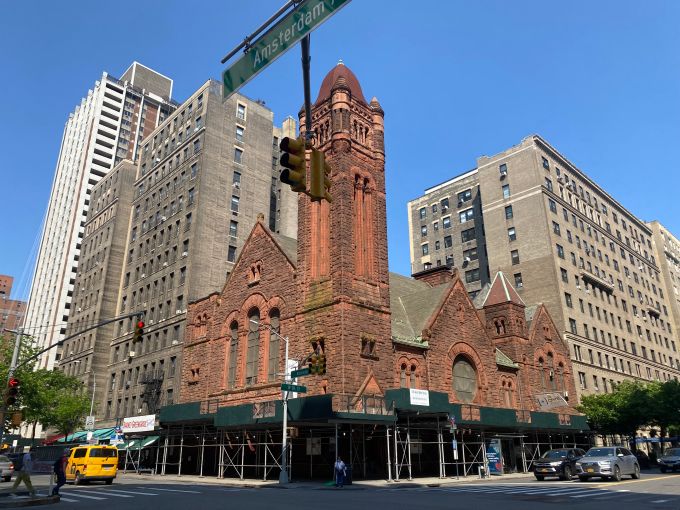 West-Park Presbyterian Church wants to evict its nonprofit tenant after claiming it violated its lease by not raising funds for the 140-year-old structure’s restoration, which is trying to ditch its landmark status to sell to a developer.

The church filed a lawsuit in New York State Supreme Court on Monday asserting that The Center at West Park signed a lease in 2017 to pay a below-market-rate rent of $2,200 in exchange for doing what a religious organization cannot — raise funds for the crumbling church’s redemption.

The center attempted to execute a five-year renewal option as part of the original lease, but instead the congregation is seeking a judicial declaration that the contract is “null, void, and unenforceable.” The complaint also claims that the church “is entitled to immediate possession of the premises, with the issuance of a judgment and order of ejectment to remove defendants from the premises.”

The  attempted eviction comes after the nonprofit joined the fight with local groups to prevent the congregation from selling the historic church to a developer, who plans on razing and redeveloping the structure, currently under protection by the Landmarks Preservation Commission (LPC), as an apartment building.

“For years, the membership of the West-Park Presbyterian Church has spent every dollar it had to try to maintain the building and keep neighbors and tenants safe,” a spokesperson for West-Park said in a statement. “They proudly created The Center at West Park over six years ago to address the building’s capital needs and the church’s long legacy of supporting the arts, but the arrangement has not achieved its stated goals. As a result, the church can no longer afford to subsidize the organization’s operations.”

The church, which has had scaffolding around its perimeter on West 86th Street and Amsterdam Avenue in the Upper West Side for the last 20 years or more, is in ever-declining condition with the 12-person congregation lacking the resources to bring it into a state of good repair.

Reliable estimates for the cost of restoration have varied greatly depending on who is asked, and the congregation opted in April to file a hardship claim with the LPC to have the landmark designation excused so it could sell the development rights  to Alchemy Properties, which plans to build a market-rate housing tower along with a 10,000-square-foot worship space for West-Park Church to continue.

The congregation has said the restoration would cost $50 million, while the Center at West Park has said its experts placed the estimate closer to $18 million.

The hardship application led to former Manhattan borough president and current Councilmember Gail Brewer and many residents calling into question the church’s claims they had no other option but to sell to Alchemy, with Zachary Tomlinson, who runs the Center at West Park, among them.

Tomlinson did not immediately respond to multiple requests for comment in regard to the recent lawsuit. He told Commercial Observer in May that his organization had done its own appraisal of the building, valuing it at no more than $5 million which it offered to the congregation, but was turned down.

The organization tried again in June 2022 to buy the property for $3.5 million, according to court documents. The congregation  declined the offer on the claim that the nonprofit doesn’t have the funds for the purchase, let alone to obtain a new certificate of occupancy, according to the complaint.

The documents also related that the church had turned down the $3.5 million offer on account of negotiations for another entity to purchase the property for $33 million, but if the latter deal fell through, the congregation would reconsider the center’s proposal.

While the LPC has already held one two and half hour hearing on June 14 on whether or not to allow the property owners to redevelop the landmarked church, the agency is not expected to reconvene on the matter until after Labor Day weekend.

A hardship application is a rarely used tactic in the LPC’s 60-year history, with only 19 filed. Of those,13 have been approved.