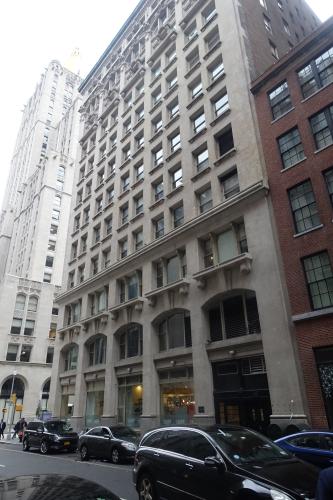 Spring Health signed a seven-year lease for 30,000 square feet at 60 Madison Avenue, a source with knowledge of the deal confirmed.

The company, which uses proprietary technology to match people with mental health professionals, took the second floor and most of the third floor of the Moinian Group’s building just north of Madison Square Park, space that was vacated by flex office provider Knotel, The Real Deal first reported. Asking rent was $80 per square foot.

Justin Haber and Kyle Riker of JLL represented Spring Health while CBRE’s Gregg Rothkin and Tim Freydberg negotiated on behalf of the landlord. JLL and CBRE declined to comment, but a source with knowledge of the deal confirmed the details.

As part of the deal, the landlord allowed Spring Health to move into a 12,000-square-foot space at 245 Fifth Avenue, which is owned through a joint venture between Moinian and Thor Equities, while the company waits the expected six months for its 60 Madison Avenue space to be renovated, according to TRD. The company will relocate from 7,700 square feet at 251 Park Avenu South.

Spring Health’s new digs were once part of Knotel’s 56,1000-square-foot footprint on the second through fourth floors in the building. Knotel signed a 10-year deal for the space in 2019, Commercial Observer previously reported.

Knotel’s lease, however, seems to have gone up in smoke after the startup’s bankruptcy and subsequent selloff to Newmark in early 2021.