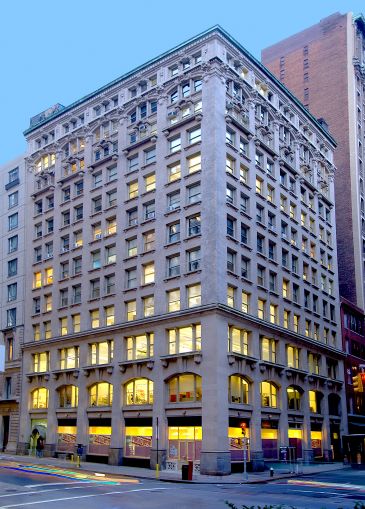 WeWork might have pumped the brakes on signing new leases in the city, but its rivals haven’t.

Flexible workspace provider Knotel signed a 10-year deal to for 56,100 square feet on the second through fourth floors of The Moinian Group’s 60 Madison Avenue between East 26th and East 27th Streets, Commercial Observer has learned.

A Knotel spokeswoman declined to provide the asking rent, but CoStar Group data lists average asking rents in the property as $57 to $69 per square foot.

“Knotel is expanding steadily as owners continue to understand the value we bring to their portfolios and seek out the capital efficiency of our approach,” Eugene Lee, the chief investment officer and global head of real estate for Knotel, said in a statement.

The deal comes nearly two months after Knotel became the latest startup to reach unicorn status after it closed on a $400 million funding round, giving the 4-year-old company a valuation of at least $1.3 billion, as CO previously reported.

Knotel and Moinian had no brokers in the lease. Other tenants in the 13-story Midtown South building include insurance company Haven Life, nonprofit Community Healthcare Network and magazine publisher Atlantic Media.