The 720,400-square-foot studio development is set for the Arts District 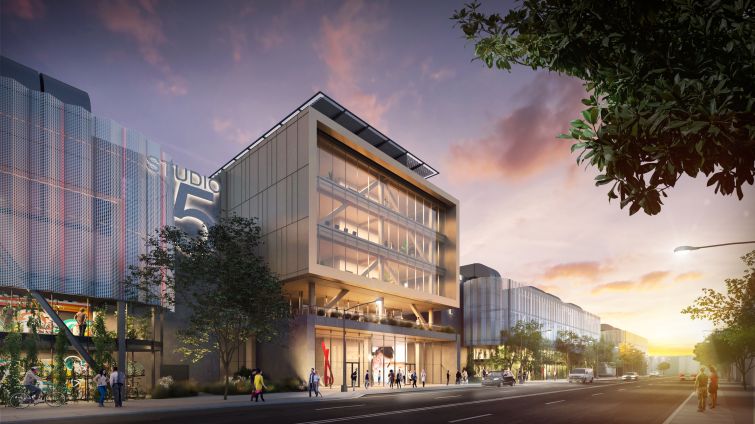 The influx of soundstages and content creation space in Los Angeles has reached the Arts District downtown, where East End Capital is planning to build a 720,400-square-foot studio development.

Through subsidiary East End Studios, the company filed plans today with the city to replace a pair of produce warehouse buildings with 16 soundstages and Class A office space in four buildings on 15 acres at the corner of Sixth and Alameda streets. The soundstage space will total 321,520 square feet, along with 292,310 square feet of creative office, 106,570 square feet of production support space, and 1,327 parking spaces.

Records show East End paid $240 million in May for the property at 1338 East 6th Street. The development will be the company’s fifth studio project, with four in the L.A. area now and one in New York City.

“The existing and proposed amenities in the area, the sheer size of the property, and the billions of dollars of nearby transit investment represented an unmatched opportunity to bring desperately needed modern production space to Los Angeles,” Shep Wainwright, managing partner of East End Studios, said in a statement.

“By taking a vertical approach to the campus design, we free up valuable land area for larger studios and base camps while also creating better pedestrian and vehicular circulation between the  soundstages and creative workplace space,” Grimshaw’s Andrew Byrne said.

East End adds to the quickly expanding soundstage market, as streaming platforms like Amazon Video and Netflix build their catalogs and fight for subscriptions. For example, Atlas Capital Group is building 17 soundstages and 212,300 square feet of offices at the former L.A. Times printing plant, and Shadowbox Studios is currently building a 1.3 million-square-foot studio campus with 19 soundstages in Santa Clarita.