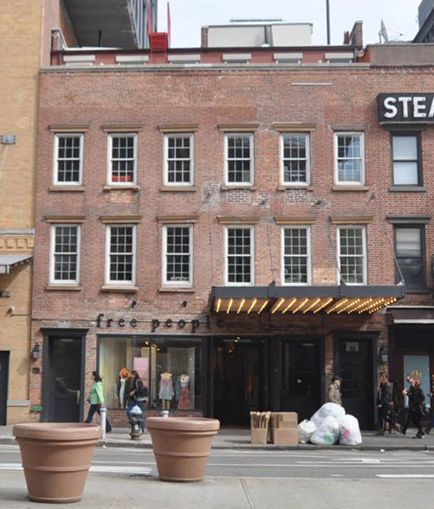 The women’s clothing retailer, part of Urban Outfitters, will have to pay $13 million in skipped rent for its four-year stay in Delshah Capital’s 58-60 Ninth Avenue in the Meatpacking District, a judge ruled Tuesday.

It took three law firms and a federal judge in the Southern District of New York for Delshah to get the money. And it isn’t even the first time Delshah has had to take the retailer to court: Rosenberg & Estis and two Buffalo law firms have had to secure two other rulings regarding the beleaguered brand’s delinquency.

Federal Judge Jesse Furman determined Tuesday that Free People had breached the terms of its 10-year lease for the 6,800-square-foot store by missing rent for April and May 2020, according to the ruling.

So why $13 million for two months of delinquent rent?

The remainder of Free People’s lease was worth $1.4 million annually and was due to expire in January 2027, according to Rosenberg & Estis. Since the contract was breached, Delshah wanted not only the back rent, but also rent it would have collected until 2027.

The four and a half years remaining on the lease equaled $11 million in revenue for Delshah, and the additional $2 million was for back rent and legal fees, according to the plaintiff.

“Free People claimed to have surrendered possession of the premises, but it continued to hold storage in the space and publicly stated that the storefront benefited its online sales,” said Rosenberg & Estis’ Bradley Silverbush, who represented Delshah alongside colleague Richard Corde, with law firms Woods Oviatt Gilman and Duke Holzman Photiadis & Gresens acting as co-counsel. “The tenant seemingly believed it would receive more sympathy in federal court, wrongly anticipating that the court would disregard the facts of the case.”

Law firm Faegre Drinker, which represented Free People, did not respond to a request for comment.

Delshah and Free People have been in and out of court since October 2017 when Free People demanded Delshah pony up $3.2 million in free rent based on a lease provision regarding the late delivery of space, as Commercial Observer previously reported.

Free People claimed it was entitled to 825 days of free rent after Delshah allegedly delivered the Ninth Avenue more than a year late, causing the retailer to miss the 2015 holiday season and damaging its stock price. State Supreme Court Justice Barry Ostrager determined that the retailer’s losses did not equal what they were seeking from the landlord, however, and awarded Free People only $650,000.

The latest legal tussle started in June 2020, as then-Gov. Andrew Cuomo’s pandemic shutdown orders were in full effect, after Delshah infored Free People it was in default of its rent.

Urban Outfitters did not respond to a request for comment.