The retail company ‘was not immune to the severe decline in retail sales at brick-and-mortar stores in the New York City market,’ judge says 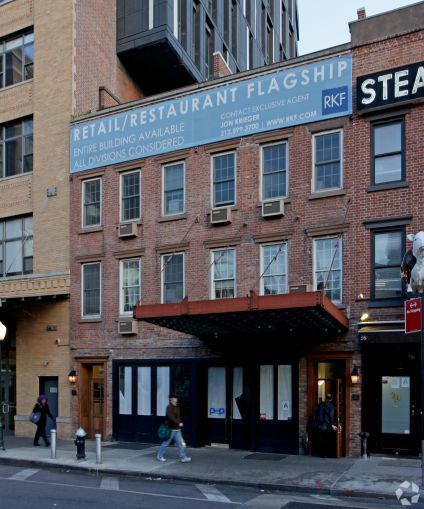 After Free People was delayed in opening its Meatpacking District store by roughly a year, the retail company demanded that its landlord provide $3.2 million in free rent based on a lease provision. Last week, a Supreme Court judge ruled that the landlord, Delshah Capital, owed its tenant at 58-60 Ninth Avenue $650,000, roughly 20 percent of what Free People sought, because as the judge said, the “free rent clause is an unreasonable penalty.”

“I think the message that the judge was sending is, you can’t put a clause like this in the lease and expect a court to enforce this if the amount of damages suffered was significantly less than the amount of the penalties provided for by this lease clause,” Bradley Silverbush of Rosenberg & Estis, Delshah’s attorney, told Commercial Observer.

On March 13, 2015, Free People, a brand of Urban Outfitters, leased ground and lower-level retail space at the base of the 10,839-square-foot building at 58-60 Ninth Avenue with a delivery date of Aug. 1, 2015, court documents show. The 6,800-square-foot lease was for 10 years with a taking rent of $110,416 per month, Silverbush said. The apparel and lifestyle retail company planned to open that December, but didn’t actually get the space until July 12, 2016.

After opening in early December 2016, the store underperformed and the company claimed the delayed opening caused it to miss the 2015 holiday retail season, undermining online sales and damaging its reputation and stock price. As a result, it wanted to cash in on its rent credits, which graduated over time from one day of free rent (for each day of late delivery) to two days and then three days. Using that formula, Free People concluded it was owed 825 days of rent credit totaling nearly $3.2 million.

Free People’s analysis of the profit potential at the location showed that the first fiscal year of operation executives anticipated a target return of $1.1 million, with a worst-case scenario of $57,386. In 2016, sales dropped at the two other Free People stores in Manhattan. And at the unnamed location which Free People considered to be comparable to the Meatpacking one, sales dropped 50 percent, according to the judge’s decision.

“They tried to prove they lost money by not opening,” Silverbush said. “We argued they saved money by not opening” because of the state of the retail market. And the retail climate was something the judge noted. “Free People was not immune to the severe decline in retail sales at brick-and-mortar stores in the New York City market,” he said.

So while the judge acknowledged “the defendant could and should have proceeded more expeditiously with the very ambitions construction project necessary to transform two landmark buildings into a combined structure that would accommodate” the retailer, he claimed the damages the plaintiff actually suffered were far less than the damages called for in the free-rent provision.

Free People “overestimated the potential profitability of the Ninth Avenue location and it would be unjust to enforce a penalty on the defendant that would be grossly disproportionate to any financial harm plaintiff actually suffered from the delay in delivering the store,” the judge said.

While the case is not precedent-setting, it could impact how landlords and tenants contemplate leases, especially Free People. Free People includes “a substantially identical ‘free rent’ provision in the leases for more than 100 of its stores across the country,” court documents indicate.

DelShah acquired 58-60 Ninth Avenue in April 2013 for $18.2 million, as CO reported at the time. Michael Shah, a principal at DelShah Capital, didn’t respond to a request for comment, and nor did Urban Outfitters or Free People’s attorney, William Connolly of Drinker Biddle & Reath.