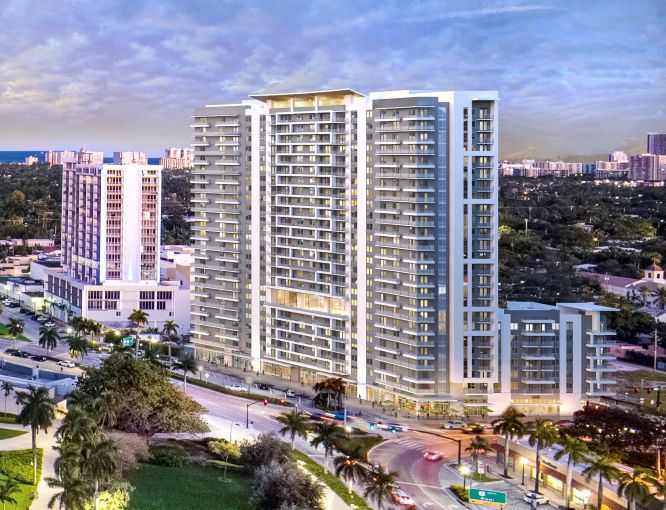 BTI Partners and Bridge Investment Group secured $83 million for a rental project on the site of the former Bread Building in Downtown Hollywood, Fla. — part of a $500 million mixed-use development — the developers announced.

The financing from Canadian Imperial Bank of Commerce will go towards the construction of a 25-story building featuring 362 market-rate apartments and approximately 16,000 square feet for retail.

The site housed the famed Bread Building office building, constructed in 1969. BTI and Bridge demolished the property last October, claiming that it had fallen into disrepair under the previous ownership.

Across the circle, on the east side, the pair is planning another development. That project, currently in its early stages, will replace a strip mall and house two towers with residential and retail components.

Both projects will represent a direct investment of over $500 million, according to the developers.