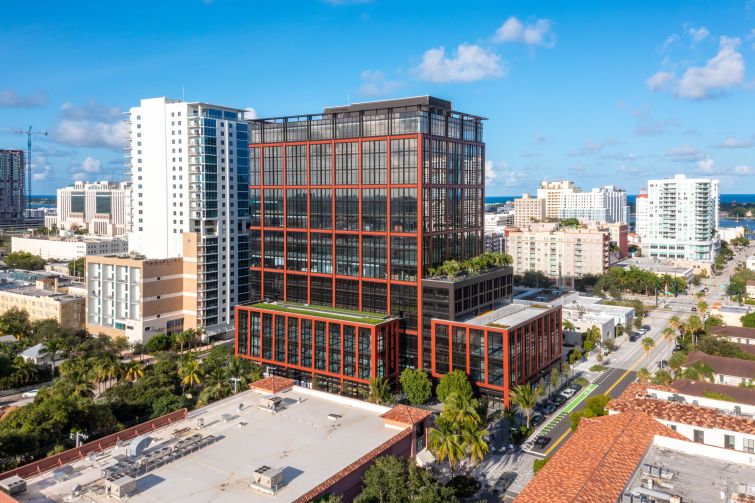 The office, which is slated to open next year, will house 35 staffers, including Rick Rieder, who serves as the firm’s head of fixed income, managing about $1.7 trillion in assets, which accounts for 20 percent of BlackRock’s total assets.

“BlackRock is relocating its existing presence to a new location in West Palm Beach, Fla. BlackRock has no plans to relocate additional heads to Florida, and the firm’s headquarters and executive leadership teams will remain based in New York City,” a BlackRock representative wrote in an email to Commercial Observer.

The 360 Rosemary deal is a sublease, though it’s unclear who BlackRock is leasing from. The representative did not say where the company is relocating from. BlackRock’s closest office is in Boca Raton at 2255 Glades Road. It has another South Florida office in Miami at 701 Brickell.

BlackRock, led by Larry Fink, is the latest financial company to set up shop in South Florida since the start of the pandemic.

At 360 Rosemary, BlackRock will join other financial heavyweights such as Goldman Sachs and Elliot Management. In another nod to Wall Street, the iconic New York steakhouse, Harry’s, is slated to open on the ground floor. The 20-story property has garnered so much demand that Related converted one floor of the parking lot into offices.

Founded by Stephen Ross, the New York-based Related is building another office building in West Palm Beach, One Flager, and bought a slew of office properties, such as CityPlace Tower and Phillips Point, to become the city’s largest Class A landlord.