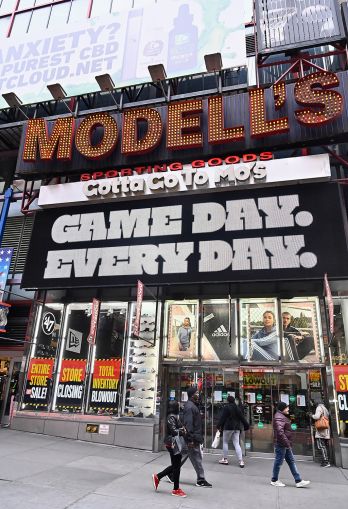 The nationwide candy shop chain, with six locations across the city, plans to make 234 West 42nd Street its latest outpost, taking over a spot formerly occupied by Modell’s Sporting Goods following the bankruptcy and liquidation of the company, according to tenant brokers CBRE.

A press release from the company described the location as a “pop-up,” but the lease is for three years with options to extend, according to CBRE. The firm said asking rents were $300 per square foot on the ground and $150 for lower level.

The Florida-based IT’SUGAR’s other locations in the city include Herald Square, Rockefeller Center, NoHo, the Upper West Side and Coney Island, Brooklyn. Its new Times Square outpost is expected to open in the fall, according to IT’SUGAR.

“The property at 234 West 42nd Street anchors the block between Seventh and Eighth avenues in Times Square and offers our client the ideal platform for its New York City shop,” CBRE’s Lon Rubackin, who brokered the deal for IT’SUGAR alongside colleagues Mike Kadosh and Bevan Cohen, said in a statement. “Times Square remains one of the most highly visited locations on the planet and as such is perfect for this unique concept.”

“It’Sugar is a wonderful addition to 42nd Street and Times Square, and speaks directly to the exciting recovery of New York’s most important retail submarket,” Boutross said in a statement,.

Torchlight Investors had been the special servicer for Bank of America, which took over the Times Square property after Sunstone Hotel Investors, owner of the former Hilton Times Square at the location, could not pay back its loan at the height of the pandemic. The hotel closed permanently in September 2020.

Just last month, Apollo Global Management and Newbond Holdings announced a deal to buy the Hilton Times Square for $85 million. The amount is only 35 percent of the $243 million Sunstone Hotel Investors paid to acquire the 478-room hotel in 2006, according to a report from GlobeSt.