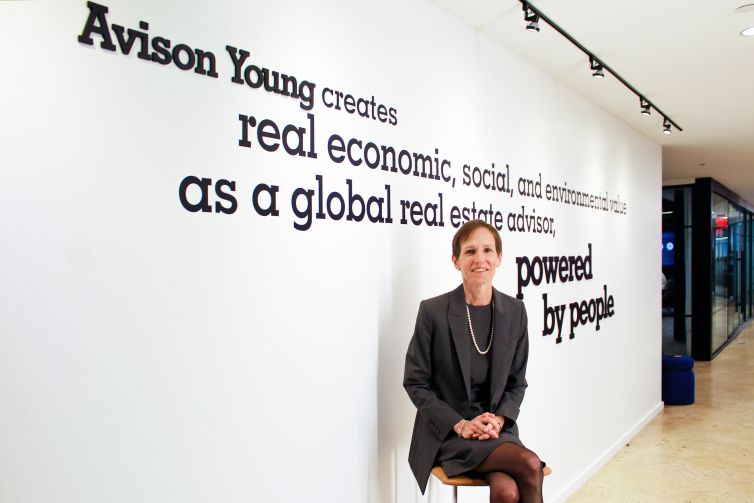 With the departures of Arthur Mirante, chairman of the tri-state region, and Mitti Liebersohn, managing director of the firm’s New York office, Alpert will be filling in for the latter in the interim.

Alpert told Commercial Observer that the firm’s New York office will not be making any dramatic changes from the trajectory Mirante and Liebersohn set in motion during the years they led Avison Young’s operations. She will continue to emphasize recruiting talent and acquiring brands, while investments in proprietary technology such as AVANT will also proceed as planned.

“I hate to be cliche, but we’re going to build on the shoulders of giants that went before us. They did a lot to build and grow this office, and we want to continue that momentum,” Alpert, who joined the firm last year, said in an interview with CO. “Suffice it to say, we have a very strong principal group. … They’re continuing to work on deals and leveraging our junior brokers.”

It is unclear how long Alpert will remain in the interim role while Avison Young carries out a comprehensive search for replacements of Mirante and Liebersohn. Upon joining Savills in August, Mirante will hold the title of vice chairman of North America, while Liebersohn will take on the moniker of chairman of New York brokerage when he joins the same month.

The development of AVANT placed Avison Young on Fast Company’s annual list of the World’s Most Innovative Companies for 2022 for its capacity to provide real-time data to investors and developers looking for answers regarding occupancy in commercial real estate assets.

Among the acquisitions Avison Young has made in the last year to add to its talent pool have been the Singer & Bassuk Organization to augment their capital markets operations and Studio Eagle for project management.

The hiring of principals Tom Kaufman and Larry Zuckerman this year was designed to increase the firm’s office leasing capacity. Eric Stone was brought on board to assist in property management, and Stephen Silverstein was recruited to help with construction services.