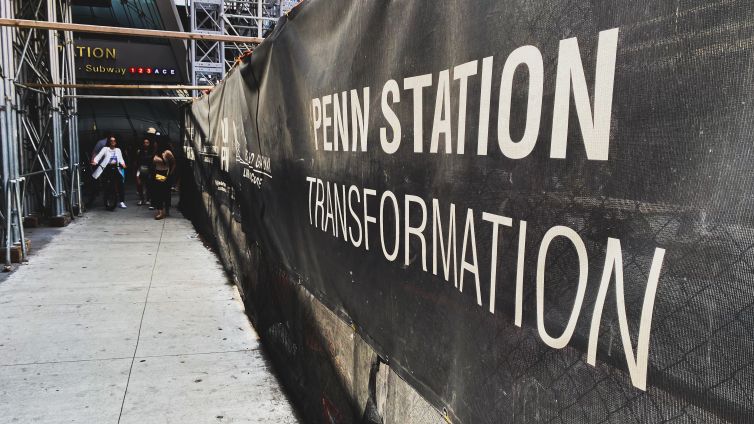 Gov. Kathy Hochul and Mayor Eric Adams came up with a deal on Monday to fund the revitalization of Pennsylvania Station, a week after a report claimed funding for the plan could come up $3 billion short.

As part of the agreement, the city and state committed to create a shared agency that would oversee the planning and execution of public realm improvements by private developers in the area. It would sell development rights to private companies — with Vornado Realty Trust expected to pick up the most — and collect payment in lieu of taxes (PILOTs) on new office buildings near the station to fund its renovation.

“This agreement brings us one step closer to a beautiful, modern station worthy of New York with vibrant open space, lively streetscapes, and better, more seamless connections to local transit,” Hochul said in a statement.

The city and state’s framework for the project call for up to 100 percent of the PILOTs to be used for street, sidewalk and public space improvements; up to 50 upgrades to underground concourses and subway entrances as well as up to 12.5 percent of the cost of the reconstruction and potential expansion of Penn Station itself. The remaining balance would need to be covered by either Amtrak, the federal government or funds from New Jersey and New York, according to Hochul’s office.

“A state-of-the-art transportation system is at the heart of our ability to have a prosperous life and a prosperous city, and the key to an equitable recovery,” Adams said in a statement. “The new vision for Penn Station is to our generation what the Empire State Building was to previous generations: a symbol of our resiliency and a project that will define our city for decades to come.”

Through the funding plan in place, grandfathered in from former Gov. Andrew Cuomo’s last couple of years in office, Vornado is set to get the right to develop about 10 new skyscrapers in the immediate vicinity of Penn Station. Hochul scaled back Cuomo’s original plan and threw in some housing — 1,800 apartments, 540 of which would be affordable — not long after taking office in August 2021.

Last week, Reinvent Albany released the findings from a report conducted by Schwartz Center for Economic Policy Analysis at The New School that show cashflow for Penn Station’s rehabilitation falls short for the $7.5 billion project.

The report contended that the PILOTs funding plan could possibly leave the stakeholders needing $3.4 billion to $5.9 billion from other sources. But Reinvent Albany conceded that the state has kept the financial framework close to its vest.

The pressure has been on the state to reveal more details of its plan for no short period of time.

Metropolitan Transportation Authority chairman Janno Lieber debated with reporters and advocates in March who cast doubt on whether or not the public-private partnership was sound or just a handout to the real estate industry, as it’s not a sure thing New York will get funds from the Bipartisan Infrastructure Deal for the project.

Nevertheless, Hochul kicked the project into the design phase in early June, seeking proposals from contractors interested in leaving their mark on the next chapter of history for the largest transit hub in North America.