MTA Not Banking On Federal Grant For Penn Station Revamp 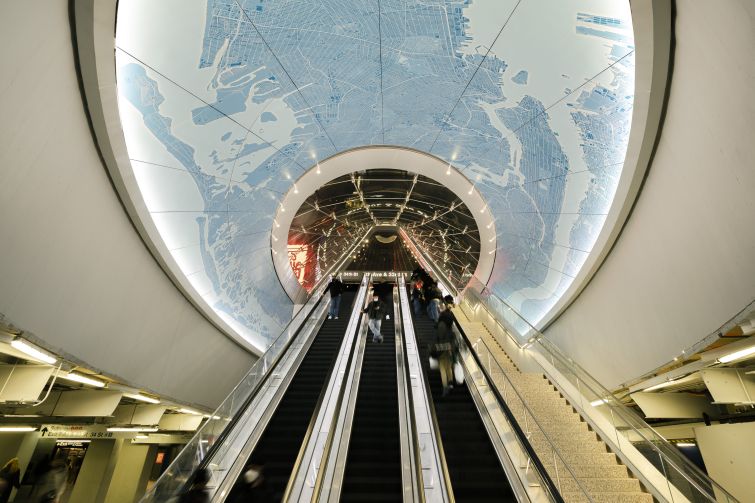 A new potential revenue source to rebuild Pennsylvania Station has activists questioning why the state is still seeking funding from the real estate industry for the project, but the Metropolitan Transportation Authority (MTA) isn’t changing course.

Opponents of the redevelopment plan for Penn Station — which includes an element that gives Vornado Realty Trust the right to build office towers whose revenue would help fund the renovations — were given some hope last week by a federal program that could potentially fund up to 80 percent of the MTA’s renovations. Vornado declined to comment.

A grant through the Federal Railroad Administration could eliminate the need for $16 billion through Vornado’s development around the transit hub, a plan known as the Empire Station Complex — if the grant gets awarded to the MTA — according to activists.

But the MTA said that, even if it seeks that funding, it will keep moving forward with New York Gov. Kathy Hochul’s current plan for the redevelopment of the Penn District, adding that Vornado’s private funding is “critically important” for the project.

“The federal government has not announced funding for Penn redevelopment. Period. Full stop,” John McCarthy, a spokesperson for the MTA, said in a statement. “The infrastructure bill includes a discretionary program we think could be a good fit for this project, but the program is discretionary and likely to be highly competitive. Ultimate funding allocations from this program are far from certain and will not meet the full funding needs for the transformation and expansion of Penn.”

However, Layla Law-Gisiko, chair of Manhattan Community Board 5’s land use, housing and zoning committee, has little doubt that a grant from the federal government would be awarded for the project. She cited U.S. Senate Majority Leader and New York Sen. Chuck  Schumer’s influence on the funding.

“We do appreciate that those grants are competitive, and it’s not a guarantee, but at the same time Sen. Schumer has been very involved in these negotiations, making sure there is enough funding for New York state [infrastructure],” Law-Gisiko told Commercial Observer.

“It has become abundantly clear now that this real estate proposal that is pushed forward under the guise of providing funding for the train station is not needed,” Law-Gisiko added. “The share of the non-federal funding becomes very manageable [with the grant], whether it’s shared with another state or not.”

Law-Gisiko and other activist groups’ recent push to get the MTA to apply for the grant, cutting Vornado out of the plans, comes as the majority of the city’s delegation in the New York State Senate wrote a letter to the Empire State Development (ESD), which is managing much of the former Empire Station Complex. The letter called on the agency to halt the project while the city’s Independent Budget Office reviews the project’s finances and makes public how the money would be spent, the New York Post reported.

“Vital information about the proposed Penn Station deal has still not been provided to taxpayers and the lawmakers elected to ensure their dollars are spent wisely and their city is developed smartly,” the group wrote in the letter. “What happens if the expected rents don’t materialize? Will taxpayers still be on the hook?”

Since Hochul took office and inherited the redevelopment plan from disgraced former Gov. Andrew Cuomo, the ESD has revised it to reduce the height of the 10 towers and add more affordable housing, but private development as part of the funding doesn’t seem to be going away anytime soon.

MTA Chair Janno Lieber, a former Silverstein Properties executive who spearheaded much of the redevelopment of the World Trade Center site, recently spoke to the advantages of replacing older, historical buildings such as the century-old McKim, Mead and White-designed Hotel Pennsylvania across from Penn, which is currently undergoing demolition by Vornado.

“Putting aside the issues of historical character and preservation, the reality is, we have very old office stock,” Lieber said during a press conference last week. “If we want to compete for jobs, especially the first-class jobs of the 21st century, we need modern office buildings and putting them next to the best mass transit is a climate change necessity and it’s an economic development necessity.”

Work in Penn Station has already commenced as well, with the MTA announcing last week that it was continuing to remove low-hanging beams known to some as “head-knockers” that contribute to the tomb-like feeling of the Long Island Rail Road concourse.

“Unlike the Second Avenue subway, where we built a brand-new subway and all the extra value from that investment went to random owners along Second Avenue, instead, we can capture some of that value and use it to pay for the infrastructure that’s in the public interest,” Lieber said.

Other planned changes to the station include passageways that bring in natural light and service for Metro-North Railroad riders from Penn to four new stations in the Bronx.