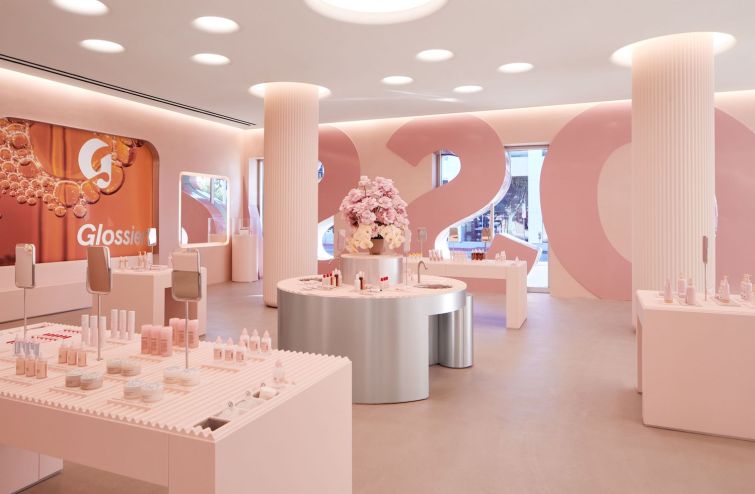 Glossier, a beloved millennial beauty and skin care line, is opening its first store in D.C. on Friday, as it begins to roll out its post-COVID retail plan, the company announced.

The beauty brand has leased 7,200 square feet at 3065 M Street NW, filling the bottom two floors of the four-story Georgetown building. The EastBanc-owned building has two stories of residential units above the retail.

“With the addition of Glossier, Georgetown is further solidified as D.C. ‘s top shopping destination,” Philippe Lanier, a principal of EastBanc, told Commercial Observer. “As shoppers explore Glossier Georgetown for the first time, they will be immersed in a brand that has come to define the beauty industry.”

The Georgetown store is the first of four Glossier locations opening in 2022. Others are coming to Atlanta later this summer and to Philadelphia and Brooklyn in the fall, according to the company.

During the pandemic, the direct-to-consumer makeup brand permanently closed its two existing stores in New York City and Los Angeles, but reentered the brick-and-mortar space with three new, permanent stores in Seattle, Los Angeles and London. It added a Miami store in March of this year.

Customers enter the Georgetown store through a glass atrium, and the staircase to the second floor is styled after an airport, including floor lighting that mimics a runway, and repurposed commercial airplane windows. The second-floor shopping continues the airport theme, with retro-inspired arrivals and departures, and faux leather seats reminiscent of jets.

The design is meant as a nod to the building’s historic brick structure, while encouraging guests to linger, Glossier said in a prepared statement.

Eastbanc self-represented in the deal, while Glossier was represented by Kylee Pendery of GoodSpace NYC and David Dochter of Dochter & Alexander.