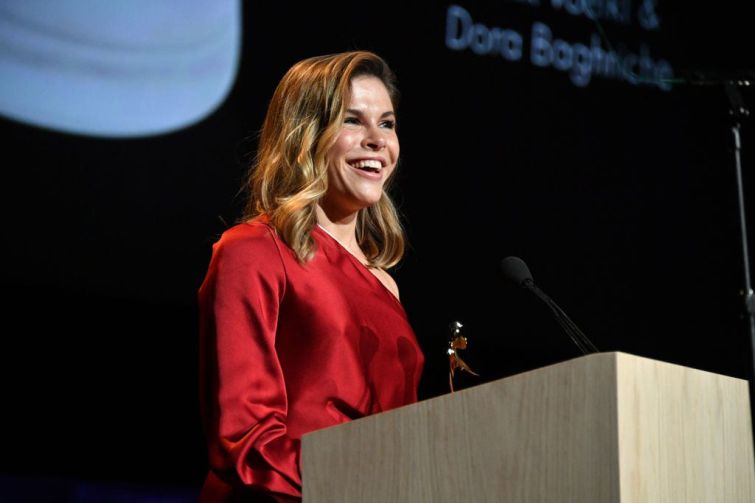 Glossier raised $80 million in a Series E funding round led by Lone Pine Capital, among other investors, with plans to open three new stores.

The direct-to-consumer makeup brand had announced last August, at the height of the COVID-19 pandemic, that it would permanently close its two existing stores in New York City and Los Angeles. Now, the beauty company is reentering brick-and-mortar retail, and will open three new, permanent stores in Seattle, Los Angeles and London — its first permanent international location — and reopen its SoHo store.

“When Glossier launched as a digitally native beauty company, we were an anomaly in our industry, which has been slow to innovate beyond brick and mortar,” said Emily Weiss, founder and CEO of Glossier, in a statement. “Customers want to move fluidly between immersive and personalized e-commerce and retail experiences. This is the future we’ve always been building for.”

Glossier’s flagship Los Angeles store opened with 1,500 square feet in Melrose Place in 2018 in West Hollywood, according to The Hollywood Reporter. It was the second permanent outpost of the brand, which opened a location in SoHo in New York City in 2016.

The new Los Angeles store will replace the previous one, and will be getting a facelift with its new location, which is set to be near the original Melrose outpost, Glossier confirmed.

Glossier, popular among Millennials and Gen Z, is betting on brick-and-mortar after a successful 2019, where more than one million people visited Glossier’s two permanent and five temporary stores, according to Glossier.

Lone Pine led the funding round with participating existing investors, including Forerunner Ventures, Index Ventures, IVP, Sequoia Capital, and Thrive Capital. It will allow the company to scale both its online presence and in-person shopping, per a statement from Glossier. Lone Pine Capital declined to comment.

The beauty company — born out of its CEO’s beauty blog, “Into the Gloss” — struggled in the pandemic, when it was accused of racism by former employees who published an open letter describing discrimination and other poor working conditions, Uncover Los Angeles reported. In a blog post, Weiss described needing to focus on equity and empathy for the employee experience, and thanked retail employees for sharing their stories.