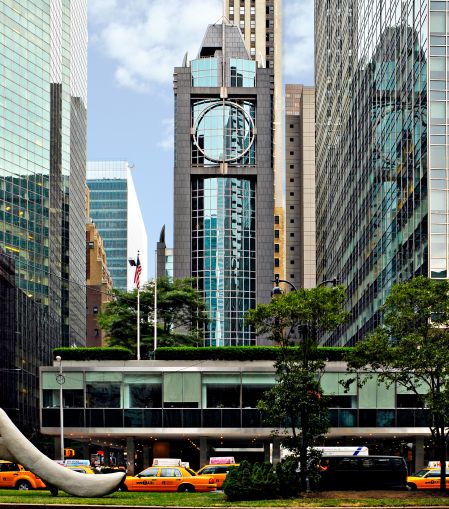 ACRES Capital supplied a $120 million loan on the JV’s newly acquired 45 East 53rd Street, a 22-story office tower that was developed in 1991 as the New York City headquarters of Santander Bank. Santander is planning to vacate the building in November and will be relocating its New York operations to the 40-story 437 Madison Avenue.

ZG and Rialto acquired the 129,000-square-foot asset at the corner of 53rd Street and Park Avenue from MEK Investments for $102.5 million, according to Ackman-Ziff’s Ross Mezzo, who arranged the sales transaction. The Spanish bank sold the asset to MEK in 2012.

Newmark arranged the loan as well as $45 million of equity as part of the brokerage giant’s continued broader push into complex JV financing. The transaction was led by Newmark’s Dustin Stolly and Jordan Roeschlaub alongside Daniel Fromm, Eden Abraham and Michael Dorfman.

The new owners of 45 East 53rd are planning capital upgrades to attract new tenants with modernized amenities. The JV has hired Newmark‘s Brian Waterman and Scott Klau to handle the leasing of the property.

Mezzo said the property will be attractive to family offices as well as tenants from the financial services and technology sectors looking for smaller floor spaces amid increasing hybrid working trends. He said the project will “almost mimic” Brookfield Properties’ $100 million renovation project at Lever House on 390 Park Avenue.

Representatives for Rialto and Newmark did not immediately return requests for comment. ZG Capital Partners declined to comment.