Hotel and Resi Project in Williamsburg Up for Bankruptcy Sale 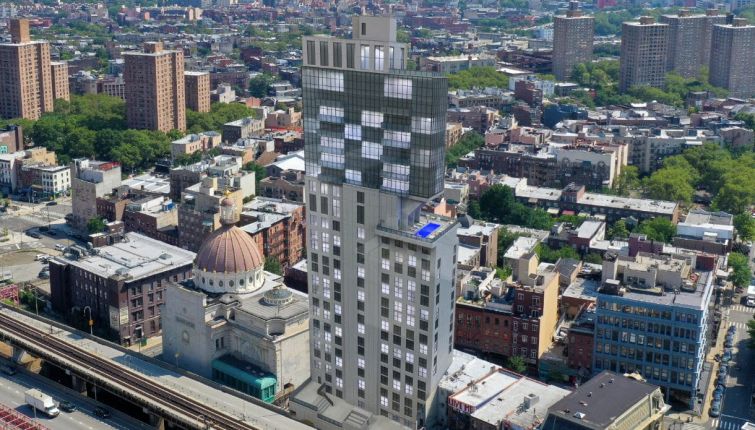 A Brooklyn hotel project that sought bankruptcy protection back in December 2020 is now up for bankruptcy sale, Commercial Observer has learned.

Bidding for the under-construction project at 159 Broadway starts at $28 million. Plans filed for the site outline a 26-story tower comprising apartments plus a 235-room hotel.

Rosewood Realty Group has been exclusively engaged to market the bankruptcy sale. One source said that developers and financial services are considering partnering with the previous owners in a joint venture to recapitalize the project. Cornell Realty appears to be the owner per previous reporting.

“This is an unmatched opportunity to develop what is potentially North Brooklyn’s best development site,” said Greg Corbin, the president of bankruptcy and restructuring at Rosewood Realty Group. “With its unbeatable location, unobstructed views of Brooklyn and Manhattan, a roof deck pool, fitness center, restaurant and bars, the property will provide extensive cash flow and will be an immense success.”

The previous owners, two LLCs filed as 159 Broadway Member and WB Bridge Hotel, listed assets and liabilities of $10 million to $50 million, respectively, in a Chapter 11 petition filed in Manhattan. The Chapter 11 court filing covers a planned 26-story tower at 159 Broadway that includes apartments and a 235-room hotel, according to Bloomberg.

“By entering the deal now, a new developer will save considerable time and money. Approximately $15,000,000 has been put into the site to date, in addition to the sweat equity needed to get plans, permits, and all else involved. Much of the heavy lifting has been done to get to where it stands now” stated Chaya Milworn, the managing director of The Corbin Group at Rosewood Realty. “Approved plans are in place for a 26 story 300’ tall mixed use building and the SOE, excavation, underpinning and an almost completed foundation exist making the site very attractive and shovel ready” she continued.

Located in a qualified opportunity zone, the 133,000 buildable square feet site includes a 25-year industrial and commercial abatement program tax abatement. The site is currently in the early stages of excavation and construction can be resumed immediately.

Cornell Realty officials did not immediately respond to a request for comment.