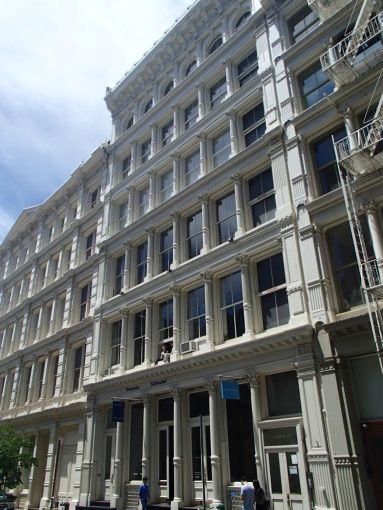 Warby Parker is keeping its eyes (or eyeglasses) on the prize.

The eyewear retailer plans to keep its 2,874-square-foot outpost at 121 Greene Street, which was Warby Parker’s first-ever retail store, Commercial Observer has learned.

Warby Parker — which disrupted the eyewear market thanks to its decision to sell prescription eyeglasses online at a lower cost — signed an eight-year renewal for the SoHo space at the base of the residential condominium building between Houston and Prince streets,  according to a representative for landlord SL Green Realty. There were no asking rents in the deal, which includes money from SL Green to refresh the space, SL Green said.

“SoHo is the hottest retail market in New York City with its mix of live, work and cultural attractions,” SL Green’s Brett Herschenfeld said in a statement. “There is no better evidence than the long-term renewal with Warby Parker, a tenant who has been in the neighborhood for over 10 years and has a true understanding of SoHo’s branding and economic success.”

SoHo’s posh storefronts and luxury homes emptied during the pandemic, but the ritzy enclave recovered quickly, in part thanks to its wealthy residents and lower rental leasing costs for those retailers interested in snagging a discount. Warby Parker moved into 121 Greene in 2012 for its first permanent retail space and has since expanded to more than 170 stores in the United States.

The six-story residential condo building also houses the designer handbag, clothing and shoe retailer Proenza Schouler and abuts other high-end stores including a Ralph Lauren location on the southern corner of Prince and Greene streets and an Apple outpost directly across the street.

SL Green plans to sell the 7,131-square-foot retail condo, and tapped a CBRE team led by Daniel Kaplan to market the space. The landlord declined to disclose how much it hoped to get for the ground and lower level condo.

Lantern’s Matthew Seigel represented Warby Parker in the renewal. SL Green handled the deal in-house. Seigel did not immediately respond to a request for comment.

Update: This story has been updated to include that SL Green plans on selling its retail condo at 121 Greene Street.