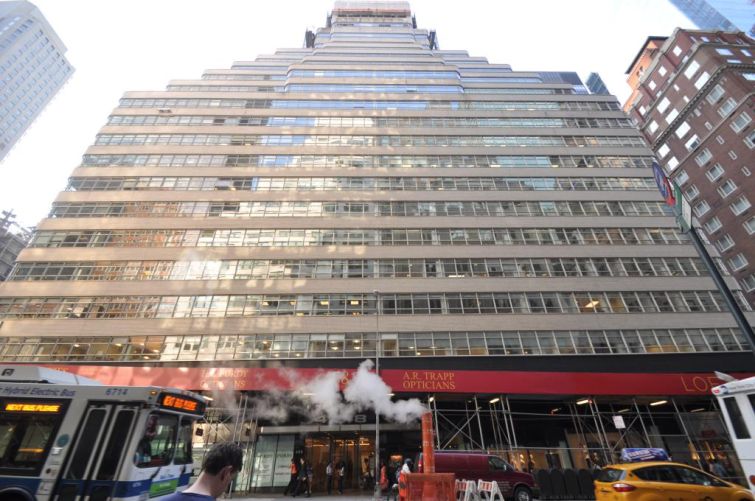 Shawmut Design and Construction is cutting the ribbon, as well as its footprint in New York City, at its new Midtown East offices at 488 Madison Avenue.

The Boston-based construction management firm signed a 15-year lease for 27,015 square feet on the entire 10th floor of The Feil Organization’s building for 15 years, Commercial Observer has learned. Shawmut will shed about 13,000 square feet of space when it relocates from its current 40,000-square-foot offices at 3 East 54th Street in March 2023, according to the landlord. Asking rent was $65 per square foot.

Shawmut, which converted Yankee Stadium into a football field ahead of the 2011 Pinstripe Bowl and renovated the facade of the Met Breuer building on the Upper East Side, will build out its own space at the 447,000-square-foot property between East 51st and East 52nd streets, Feil said.

Feil’s David Turino represented the landlord in-house. ​​CBRE’s David Hollander and Jared Freede handled the deal for the tenant. CBRE declined to comment, and Shawmut did not immediately respond to a request for comment.

“We were competitive in our pricing, we had a good layout, and we’re super hands-on,” Brian Feil, executive vice president of leasing for the landlord, told CO. “Our tenants and our customers can pick up the phone and call us, and they deal with the principals. It’s not like calling a big corporate public company.”