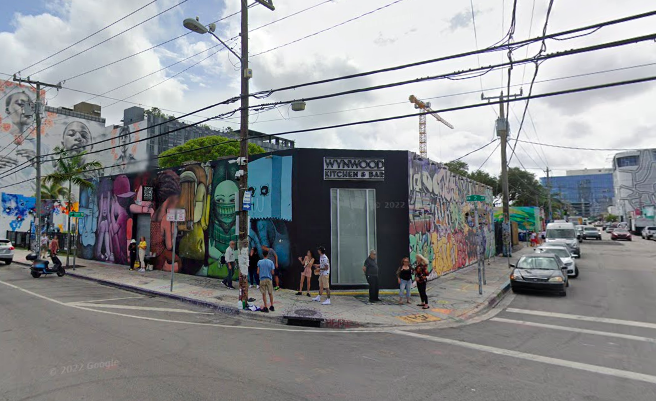 This landlord and tenant are tying the knot.

Schulson plans to open the 4,500-square-foot restaurant at 2550 Northwest Second Avenue with outdoor terrace seating in 2023, where it will serve sushi and other Asian cuisine, according to landlord Goldman Properties.

““We have long admired Michael and his restaurants; he elevates food to an art form so he is the perfect fit to compliment the experience at the Wynwood Walls,” Scott Srebnick, CEO of Goldman Properties, said in a statement.

Schulson has worked with Goldman Properties in previous deals to open restaurants in Philadelphia where the chef was included in the Top 100 OpenTable Restaurant, the Top 15 Restaurant Openings of 2016 by Zagat and recognition as the 2016 Best New Restaurant by Philadelphia Magazine.

Shulson’s Philadelphia eateries include Via Locusta, the Alpen Rose, Guiseppe& Sons, Harp & Crown, as well as Izakaya in Atlantic City. For a time, Schulson had a restaurant called Monkitail at 3555 South Ocean Drive in Hollywood, Fla., but it seems to have shuttered around the beginning of the pandemic.

Brokers and asking rents in the deal were not disclosed and the Schulson Collective did not immediately respond to a request for comment from Commercial Observer.