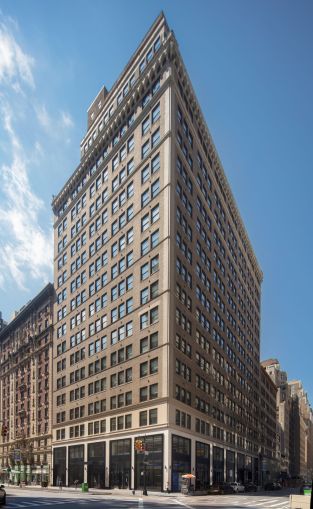 The family-owned design and construction firm signed an 11-year lease for 14,113 square feet across part of the 17th floor of the property, according to a representative for landlord George Comfort & Sons, which owns the building through a partnership with ​​Loeb Partners Realty and South Korean firm JR AMC. Asking rents were in the mid-$60s to $70s per square foot.

“Like so many leading firms, McKissack was drawn to the improvements we’ve made to create a touchless experience for our tenants, along with the tower’s expansive floor plates, natural light and convenient Midtown location,” Peter Duncan, George Comfort’s president and CEO, said in a statement.

McKissack will relocate from its approximately 10,000-square-foot presence at 1001 Avenue of the Americas by the first quarter of 2023, according to George Comfort and tenant broker Scott Weiss of Savills.

The firm was interested in the 25-story tower thanks in part to an ​​extremely competitive concession package, including the landlord building out the space and significant free rent, Weiss said.

“[The property] is one of the nicest renovated buildings in that submarket and has become a hub for architecture, engineering and construction,” said Weiss, who represented the tenant with colleague Erik Schmall. “[McKissack] really liked the idea of being in the building where the companies that they work with on a day-to-day basis are located.”

The 960,000-square-foot property between West 36th and West 37th streets is also home to design firm Dattner Architects, which moved its headquarters to 30,000 square feet on the 20th floor of the tower last year, CB Information Services and JPMorgan Chase Bank. McKissak’s deal brings the building to 94 percent leased.