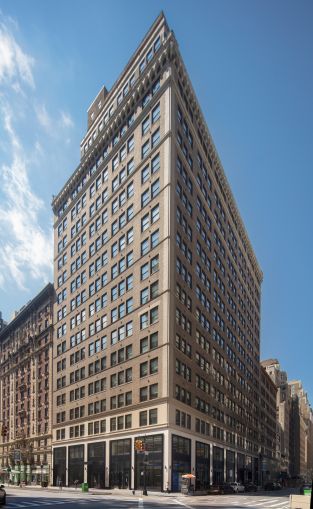 Dattner will occupy the entire 20th floor of the building between West 36th and West 37th streets when it relocates from its headquarters at 1385 Broadway in the fourth quarter of this year.

“In the current market environment, workspace design, safety and efficiency are more critical than ever,” Peter Duncan, George Comfort & Sons’ president and CEO, said in a statement. “The folks at Dattner have a particular expertise in these areas, and we take pride that such a world-class firm in the architecture and design field felt comfortable and confident in choosing 498 Seventh Avenue for their new headquarters.”

The relocation is an expansion for the architecture firm, which took 23,500 square feet across the 15th floor of the Bridal Building at 1385 Broadway in 2010, CO previously reported.

Dattner’s new location is ideal because of its access to public transportation, Signature Partners’ Robert Frost, who negotiated the deal for the tenant, told CO.

“It’s a perfect location with a smart landlord and a space that’s perfect to accommodate Dattner’s diverse practice and growth,” Frost said. “The transportation access of the Penn Station area and Herald Square area is ideal both for their employees and team to get to the office, but also for them to get to their projects.”

The office building was refinanced last year with a $400 million loan from MetLife, including $218.3 million in fresh bridge debt.