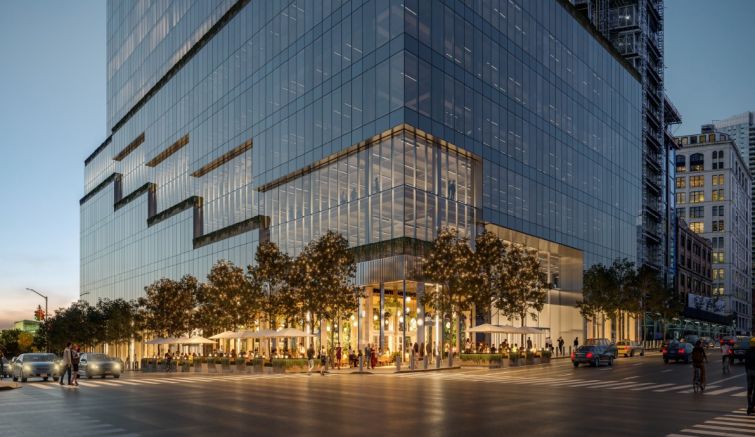 The duo behind the Williamsburg, Brooklyn, Peruvian restaurant Llama Inn are cooking up a new 6,000-square-foot eatery at Tishman Speyer’s 66 Hudson Boulevard, known as The Spiral.

Chefs Erik Ramirez and Juan Correa plan to open their new restaurant after the 65-story building wraps up construction at the end of this year, Tishman Speyer announced Monday. The yet-unnamed eatery will have a similar flavor and feeling to the duo’s other two spots: Llama Inn, which opened in 2015 at 50 Withers Street, and Llama San in the West Village.

The landlord did not immediately respond to questions about the terms of the deal or the brokers. The New York Post reported last year that asking rents in the tower range from about $110 per square foot at the bottom of the BIG-Bjarke Ingels Group-designed building to more than $225 per square foot at the top.

Ramirez and Correa’s new restaurant at the base of the 1,031-foot tower in Hudson Yards will feature outdoor sidewalk seating and an indoor dining room covered with plants, according to the landlord. The announcement comes as the two chefs plan to open Llama Inn’s first international outpost in Madrid, Spain, this fall.

“We know [Ramirez and Correa] will offer the most innovative and delicious cuisine, and enrich the entire neighborhood with light, warmth and excitement,” Amir Sperling, managing director at Tishman Speyer, said in a statement.

The restaurant deal is yet another win for the 2.8 million-square-foot tower’s landlord, which recently snagged HSBC Bank as a tenant for its new 265,000-square-foot U.S. headquarters, and NewYork-Presbyterian Hospital’s 75,000-square-foot outpatient center. The tower is more than 70 percent pre-leased, Commercial Observer reported.

Ramirez and Correa did not immediately respond to requests for comment.