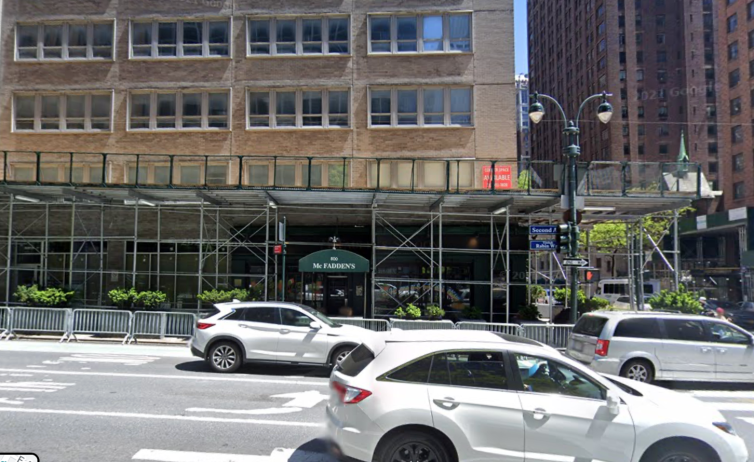 The wild side of life is in the past at 800 Second Avenue now that Chai Urgent Care is slated to replace the shuttered McFadden’s Saloon.

Chai signed a 12-year lease for 4,200 square feet on the ground floor of the Turtle Bay building after the popular hangout for Buffalo Bills fans permanently shut its doors in March 2020, about the time its lease was set to expire and three years after the 2017 death of its proprietor, Steve McFadden.

The corner location, owned by Philips International, was ideal for the urgent care system, which has been looking to establish new locations and add to its 23 facilities across New York, New Jersey and Pennsylvania, according to the landlord.

“Chai Urgent Care has quickly grown to become a major provider of urgent care services in the region,” Philip Pilevsky, chairman of Philips International, said in a statement. “As it begins to expand its presence in Manhattan, the company wanted a prime corner location providing easy access to its clientele.”

Michael Robbins represented the landlord in-house, while Albert Manopla and Jack Khaski of Kassin Sabbagh Realty represented the tenant in the transaction. Asking rents were not disclosed, and the KSR brokers did not immediately respond to a request for comment.