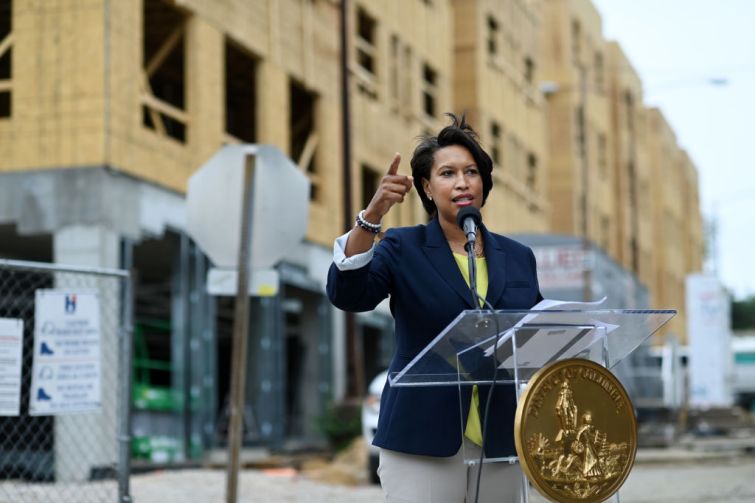 Bowser garnered approximately 50 percent of the vote, with Robert White getting 39 percent and Trayon White 10 percent.

“Today, I stand in the footsteps of Marion Barry,” Bowser said during her celebration last night, mentioning the former four-term mayor, the only D.C. mayor re-elected to more than two terms. “Tonight, we choose a future that represents our D.C. values.”

Bowser will now go on to the general election Nov. 8 to face Republican Stacia Hall and independent Rodney Grant, but is expected to have an easy path to win her third term in office.

One of Bowser’s most notable achievements during her first two terms was the unprecedented $500 million contribution to the Housing Production Trust Fund and $41 million aimed at project-sponsor vouchers to make housing affordable to low-income District residents. Both were hallmarks of her 2023 budget.

The budget also has an additional $110 million targeting the rehabilitation or replacement of more than 1,500 units of public housing over the next three years, the majority for seniors; and $219 million to bring back public housing units at Barry Farm, Park Morton, Bruce Monroe and Northwest One.

Bowser’s commitment to affordable housing was one of the main messages of her campaign, and one that resonated with voters.