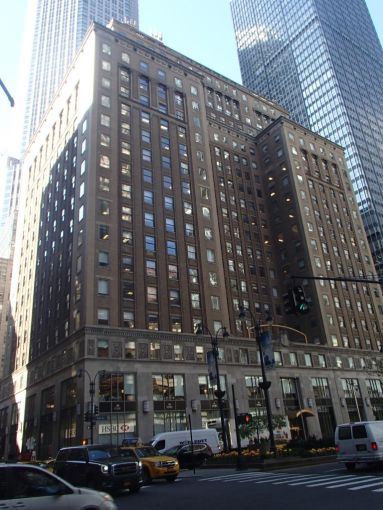 If possession is nine-tenths of the law, then it’s a good thing the legal services firm Complete Discovery Source snagged a direct lease for its 18,803-square-foot office at 250 Park Avenue.

Complete Discovery Source first inked a five-year sublease with wine and spirits maker Pernod Ricard USA for the entire 18th floor of the 21-story building in 2018, but decided to make things more permanent in May with a nine-year direct deal with landlord AEW Capital Management, according to Cushman and Wakefield, whose team of David Hoffman, Robert Billingsley and Whitnee Williams represented the landlord. Asking rent was $69 per square foot.

The firm, which provides software to law firms to help collect documents and data before a trial begins, will stick with its sublease with Pernod Ricard until that deal expires in May 2023.

Complete Discovery Source toured other spaces but ultimately decided to stay with the Midtown East building between East 46th and East 47th streets, which had been working well for the company’s security and tech-heavy operations, said Kaufman Leasing Company’s Arthur Spitalnick, who handled the transaction for the tenant.

“Complete Discovery Source wanted this location to be a permanent office to support the company’s growth,” Spitalnick said in a statement.

Pernod Ricard, known for party staples like Absolut Vodka, Jameson Whiskey, Malibu Rum and Avion Tequila, subleased the 18th floor when it shrunk its business to the just 16th and 17th floors in 2018. It later extended its lease for another 10 years on the two floors in 2020.

The building near Grand Central Terminal is also home to the coworking provider IWG, Birmingham, Ala.-based Regions Bank and banking giant HSBC, which decided to stick with its 7,491-square-foot retail branch at the property for another 10 years in 2020.