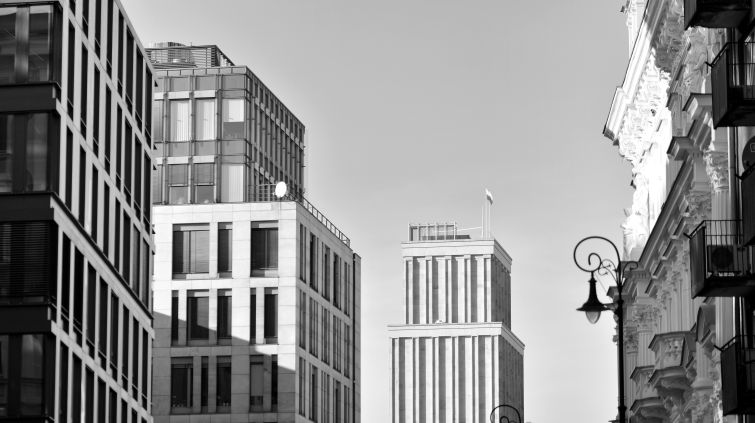 Historic Tax Credit (HTC) equity is not only an important tool for rehabilitating old buildings, but can also play a critical role in financing affordable housing. Partner Insights spoke to Tim Karp, managing director of HTC at JPMorgan Chase, to learn more about how developers are using the credit at the state and federal level to increase the nation’s affordable housing supply.

Commercial Observer: What are some of the key factors developers should keep in mind when considering the use of HTC?

Tim Karp: One point to consider is the design elements versus the low cost of capital that comes from using HTC equity. There are certain items the State Historic Preservation Office or the National Park Service will focus on preserving. The preservation of those items might impact what developers can do design-wise. Then you should make sure your plans — like making a building more energy efficient — are compatible with historic preservation. We have seen developers in multiple redevelopments who want to add cladding to all or some of the buildings and make them more energy-efficient, but in a way that wasn’t compatible with historic preservation. So from the development side, folks need to think that through.

If a developer wants to use HTC, how early in the process should they begin working on it?

As early as they can. We often have clients who start thinking about using HTC equity before they’ve acquired the building — it’s an integral part of their business plan. Additionally, existing building owners can utilize HTC to help finance rehabilitation costs.

How long does the approval process take?

It’s a multistep approval process. Before starting construction, the first step is to determine the building’s HTC eligibility. The building must be at least 50 years old and on, or eligible for, the National Register of Historic Places. Or it must have contributing significance to a historic district. During the next part, the development team details the historic elements of the building and addresses how those will be preserved. That documentation goes to the State Historic Preservation Office, then to the National Park Service for approval.

How does JPMorgan Chase help obtain HTC for developers?

Our role for developers using HTC for the first time is to facilitate introductions to key industry players. It’s always important to have a good accountant, attorney and historic preservation consultant on board. Then we provide the technical financial expertise. We’ll work with the client to make sure they’re appropriately modeling the way the HTC equity functions in the transaction.

Is HTC more applicable to certain sectors than others?

It must be used on an income-producing property. Most historic buildings lend themselves to becoming multifamily developments or hotels, with an occasional development for another commercial use like a historic theater.

HTC is really valuable for this. There are fewer public subsidies for affordable housing these days. So the development community increasingly looks at how they can incorporate HTC equity as part of their capital stack. The firm’s New York City Housing Authority (NYCHA) PACT deals are great examples. We worked with the development teams, NYCHA and HDC to preserve existing affordable housing without using Low-Income Housing Tax Credit equity. This is a unique and rarely deployed model that the development community is noticing and figuring out how they can use more often.

Do you have a few recent examples of these types of projects JPMorgan Chase worked on?

The NYCHA transactions are great recent examples of our work on affordable housing with HTC. JPMorgan Chase Community Development Banking invested $140 million of federal and state HTC equity into renovations for a 1,673-unit, 29-building NYCHA public housing portfolio in East New York in Brooklyn, and there’s a similar project underway in Williamsburg. Outside of New York, examples include the redevelopment of the historic Hotel Grim in Texarkana, Texas, into a commercial-residential mixed-use building, and the Community within the Corridor in Milwaukee, Wis., which will convert the historic Briggs & Stratton industrial complex into 197 housing units and over 60,000 square feet of commercial and community space.

For developers using HTC, what kind of cost savings are possible?

The savings are on the capital side, not the expenditure side. With HTC, the cost of capital to the developer is significantly lower than traditional debt or equity. The idea is that the lower cost of capital offsets some of the potential additional costs associated with preserving the historic elements in a building.

How important is HTC for communities?

These transactions are often centrally located pieces of real estate in a community with a long history. The Hotel Grim in Texarkana was converted into affordable housing. People tell stories in the community about going to prom there or getting their hair cut in the barbershop. When underutilized — or in this case vacant — buildings restart activity, the community gets excited. We see that over and over on these transactions. We’re preserving an important part of the social fabric of the community.

Talk about some of the historic buildings JPMorgan Chase has helped preserve through use of HTC.

We have so many cool examples across the country. The Harbor House former Army and Navy YMCA in Los Angeles. The Louisa Hotel in Seattle. The Brooklyn Navy Yard in Brooklyn, New York, which was used for shipbuilding and repair in World War II. The last use of this building was as a sugar-packing factory with bricked-up windows. The developers took that brick out and turned the building into a light industrial manufacturing space. It’s cool to see a building like that reactivated in a new way and adding to the vibrancy of the community.