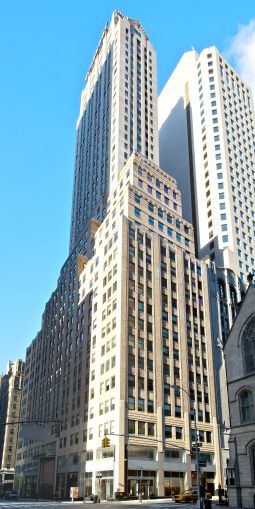 Starbucks is moving up in the world — by about two blocks on Madison Avenue.

Starbucks closed on a 10-year deal for 2,016 square feet of cafe space with 1,450 square feet of basement storage at the start of this year, according to SCG Retail’s ​​David Firestein, who brokered the transaction for the national chain. Asking rent was $350 for the ground-floor space, according to Cushman & Wakefield’s Steven Soutendijk, who represented the landlord, Westbrook Partners, in the deal with Sean Moran.

The coffee purveyor chose its new space because of the building’s large windows and prime location between East 49th and East 50th Street, Firestein and Soutendijk said.

“Coffee makes the world go around,” Firestein said. “[The landlord’s brokers] recognized that Starbucks, just like having a gym in your building, is an amenity to an office building.”

The new Midtown East location will span part of the ground floor of the office building that is home to hospitality investor EOS Investors, charity the Doris Duke Management Foundation and Kent Swig’s real estate company Helmsley Spear. It opens as Starbucks faces a historic union drive in its chain stores nationwide as workers advocate for higher pay, better scheduling and more input into the company’s future.

“This was a great fit for Westbook,” said Soutendijk. “We’re thrilled that Starbucks made the move [to this] highly-visible glass corner.”