The multifamily developer will likely transform the properties into residential 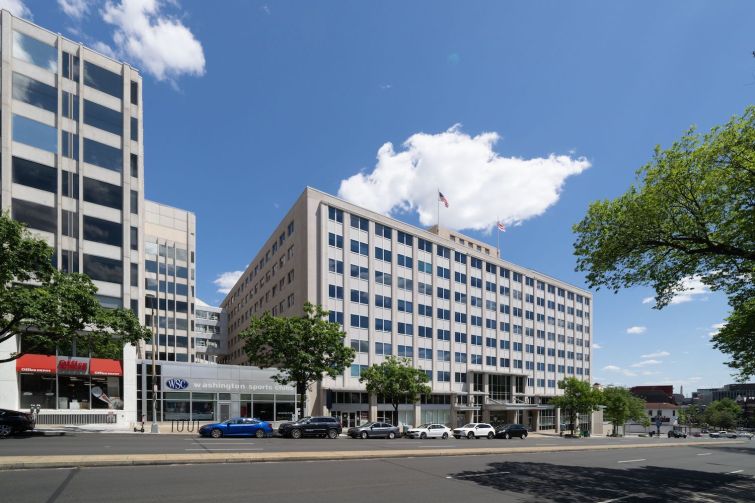 Post Brothers, a Philadelphia-based development firm, has entered the Washington, D.C., market with the $228 million acquisition of a two-building office complex, with plans to convert them to apartments.

JBG Smith sold Universal North and South, two Class B office buildings encompassing an entire city block near Dupont Circle. JBG Smith became owner of the properties as part of its legacy Vornado deal, inheriting them via the merger back in 2017.

Newmark represented the seller in the deal.

“We saw significant interest given the multiple execution strategies,” Jud Ryan, Newmark’s executive managing director, told Commercial Observer, adding the deal was one of the largest office sales of the year in the District. “This was a complex transaction that required multiple execution strategies. We were able to create a competitive environment for each of these strategies, giving ownership maximum flexibility on how they wanted to execute on the sale.”

“We were specifically looking to start a major project in Northwest Washington because it is a high barrier to entry market with among the highest income demographics in the U.S., with a fairly recession-proof economy driven by the federal government and a diversified professional economy,” Matthew Pestronk, president and co-founder of Post Brothers, told CO. “Residential in Northwest Washington has performed very well over a long period of time with very little new supply.”

He added that Post Brothers imagines a complete transformation of the 2.5-acre site into something totally different yet befitting its surroundings.

“We will be slow to reveal what it will look like, but people will find out soon enough,” Pestronk said. “Our strategy is to start with the raw elements — to acquire land or buildings in locations that have extremely high barriers to entry and to develop them to their highest and best residential-driven use.”

Located at 1825 and 1875 Connecticut Avenue NW, the two-building complex consists of Universal North, a 12-story, 368,071-square-foot building; and Universal South, a 10-story, 291,387-square-foot property. At the time of the sale, the two buildings were 40 percent and 98 percent leased, respectively. The property can accommodate an additional 73,428 square feet of by-right density.

In JBG Smith’s first-quarter earnings letter earlier this month, CEO Matt Kelly noted the company’s capital allocation strategy is to shift the majority of its portfolio to multifamily and concentrate its office portfolio in National Landing.

“We expect our portfolio shift to majority multifamily will occur through a combination of investing in multifamily assets — existing and development — and opportunistically divesting non-core office and land assets,” he wrote.

Joining Ryan on the deal was Newmark executive managing director James Cassidy. The buyer represented itself in the acquisition.