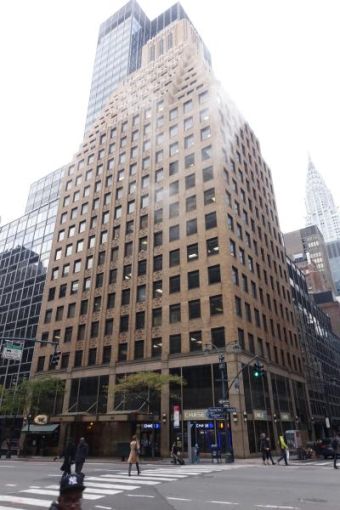 A Red Cross committee is sticking to its space near the United Nations at 801 Second Avenue.

The International Committee of the Red Cross Delegation to the United Nations (ICRC) inked a deal to renew its 5,000-square-foot space on the entire 18th floor of the 22-story, 180,000-square-foot building, according to CBRE, whose Matthew McBride and Ramsey Feher brokered the deal for the tenant. The brokers declined to provide the terms of the deal for the space, which is owned by Tri Realty.

“After a careful evaluation of their needs and an extensive search of the area office market, the ICRC executed a renewal that includes owner-financed modernization of the tenant’s longtime New York City office,” McBride said in a statement. “Maintaining their proximity to the United Nations along with U.N. consulate generals and embassies that ICRC interacts with on the east side of Midtown was extremely important to the tenant.”

The ICRC will move back into the building, located between East 42nd and 43rd streets, after it is renovated by the landlord, according to CBRE. The building is occupied mostly by government and U.N.-affiliated firms, including the World Health Organization, thanks to its proximity to U.N. headquarters.

Tri Realty handled the deal in-house, and did not immediately respond to requests for comment.