Gil Robinov Breaks Down How to Do Deals With Foreign Governments 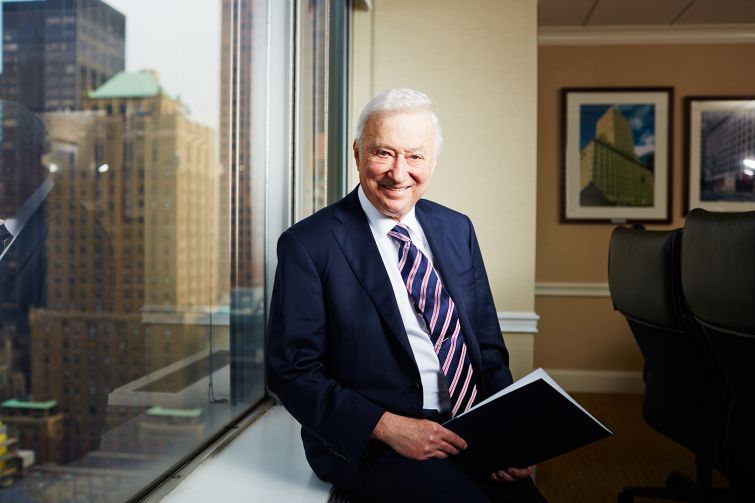 Of the three deals that MHP Real Estate Services Executive Managing Director Gil Robinov completed last year, one had particularly great timing: the Saudi Arabian government’s sublease to the Cooperation Council for the Arab States of the Gulf (GCC).

The Saudi government had originally taken the 16,000-square-foot space in 2013 when readying itself for a two-year stint as a member of the United Nations Security Council. In what was then considered a shocking move, the Saudis ended up rejecting the seat about a day after being selected. (They claimed being on the Security Council wasn’t especially useful, which a lot of observers interpreted as a snub toward the U.N.’s conciliatory posture toward Iran.) Without a need for it, they decided to rent it out.

Mr. Robinov managed to sublease the space at 300 East 42nd Street to the GCC, a political and economic organization with non-member observer status at the U.N., last December—within weeks of the Saudi government executing 47 prisoners, which prompted Iranian protesters to break into the Saudi embassy in Tehran and set it on fire.

If Mr. Robinov’s deal hadn’t closed when it did, the Saudis might have had bigger things on their minds than closing real estate deals.

Such is the life of a broker committed to working with foreign governments in the area around the U.N., which spans East 42nd to East 48th Streets along First Avenue.

“I have to respect it. That is an art,” A. Mitti Liebersohn, the president of Avison Young’s New York office, told Commercial Observer about Mr. Robinov, whom he has known for decades. “There are so many nuisances to getting a deal like that done, but he has the patience and the understanding to get it done.”

Mr. Robinov, a native of Washington Heights, started in the real estate business in 1962, five years after graduating from City College. The father of two (one son is in the business—David Robinov, the investment sales director at Ackman-Ziff Real Estate Group) and grandfather of four, kicked off his career at Williams & Company, and has since leased more than 30 million square feet of commercial space. But it was in 1990, when working for Riverbank Realty Co., that he began working with Mr. Liebersohn to find space for the government of Israel.

Following that deal, more transactions in the U.N. area keep coming and he became the New York City expert on deals with foreign governments. For a number of reasons, doing this kind of deal is a hell of a lot different than the average office lease.

“I get all these problems that I normally wouldn’t get if I was working with an advertising company or an accounting firm,” Mr. Robinov said. Sometimes a government doesn’t want to be in the same building as one of its rivals—other times, it’s an ambassador balling out the broker as a stand-in for the American government.

Here’s the broker’s guide to international deals of mystery.

ACCOUNT FOR LONG CLOSING TIMES: There’s a reason why a broker like Mr. Robinov only closed three deals last year. A transaction with a foreign entity requires many levels of approvals from the country’s government before it can be completed, and is subject to the whims of political conflicts. Also, the U.S. Department of State has to sign off on these deals. (Fortunately,

these deals are usually big enough for a broker to earn their living from, even if they’re only doing three a year.)

As a case in point, it took Mr. Robinov and his associate, Andrew Arvay, nearly all of 2015 to complete the sale of a three-story building at 136 East 39th Street between Lexington and Third Avenues to the government of Thailand to house its permanent mission to the U.N. The $17.5 million deal for the 15,000-square-foot property was delayed because officials needed to weave through bureaucratic levels at home, and required the Department of State’s approval.

TAKE NETWORKING TO THE NEXT LEVEL: Unlike the broker who can make friends early and wait for the fruit of the relationship to ripen, there is an inherent disadvantage to Mr. Robinov’s niche of the market because ambassadors are usually replaced within a few years. As a countermeasure, Mr. Robinov must schmooze a completely new official every few years. So when an ambassador is replaced, Mr. Robinov is quick to arrange a sit-down or introduction.

CURRENT AFFAIRS KNOWLEDGE MUST EXTEND BEYOND “THESKIMM”: Mr. Robinov wouldn’t go into a business meeting with, say, North Korea without knowing that the country has completed testing a hydrogen bomb. (Or has it?)

Knowing current affairs helps him get a sense of what the governments are going through and whether it’s likely to be a lengthy close. But also, he would know if there could be any problems with landlords in the surrounding area. Oftentimes, landlords around the U.N. aren’t keen on accepting troubled countries as tenants.

BE DIPLOMATIC: That last tip was not so theoretical. Representatives of North Korea came to Mr. Robinov seeking his help in 2006. He guided the renewal of its 6,000-square-foot lease at 820 Second Avenue. However, meetings with representatives were cloaked in secrecy, and the ambassador became unruly with him on the topic of weapons during a lunch: “He said to me, ‘If the United States can have an atom bomb, why can’t North Korea?’ He started, like, to attack me. I said, ‘That’s a subject that I’m not experienced with.’”

But, hey, North Korea got its renewal. “It was so difficult to even enter their front door,” Mr. Robinov said about the embassy’s secretiveness and beefed-up security. (Getting through the front door sounds a little like gaining entrance to Jabba the Hutt’s palace on Tatooine; after knocking, an unseen voice demands your name.) “You get into the reception area and all the walls have pictures of the family… They used to walk around with a picture of their leader here, like on a button—like a pin with his picture on it.”

Would he work with them again? “I was uncomfortable and I certainly was happy that they just wanted to stay [put]. I’m not going to tell an owner to accept them. Suppose they don’t want to pay rent, who are you going to chase?”

KEEP AN EYE ON SAFETY AND SECURITY: Foreign organizations and governments are constantly worried about security threats when choosing new homes in New York.

“The League of Arab States, I found them something on the first floor and they were concerned that somebody was going to shoot through a window,” Mr. Robinov said.

Sometimes foreign governments don’t want to occupy a building where one of their regional rivals has an embassy. Although Mr. Robinov does not specialize in security, he refers many of the foreign clients to people that could lower security breaches in buildings for embassies and missions.

IT’S NOT JUST WAR AND CONFLICT YOU HAVE TO WORRY ABOUT: Political or international conflicts aren’t the only factors that delay deals around the U.N. During the Ebola outbreak, which began in 2014, while most people were terrified about the spreading of the disease, Mr. Robinov was trying to close a deal with the World Health Organization—a specialized agency of the U.N. that deals with global health issues—for a 6,500-square-foot, eight-year lease on a portion of the second floor of 801 Second Avenue between East 42nd and 43rd Streets. The closing of the deal was delayed until last year, because the nonprofit had to spend money elsewhere for victims of the epidemic.

“Suddenly there was Ebola, and they had to revisit their budget because they didn’t know how much money they had to apply to helping that crisis, so it took nine months—almost a year—to close that deal because of international problems in Africa,” Mr. Robinov said.

THIS IS FOR THE LONG HAUL: Countries that buy property near the U.N. aren’t focusing on the investing side of the transaction. They are buying purely because they will have more control over their own property. They would be able to change it easily without having to consider a landlord’s concerns or face rising rents. And they wouldn’t have to worry about being forced out for a more profitable office tenant.

THERE ARE PRETTY INTERESTING PERKS: Just a few years after starting with Mr. Robinov, Mr. Arvay can boast to friends that he often receives phone calls from ambassadors.

“It’s very different from your normal commercial real estate transaction,” Mr. Arvay said. “It’s unique because you are dealing with ambassadors and people who shape the world. It’s a little humbling when you get a call from an ambassador that wants to speak with you regarding their real estates needs in New York.”

Getting invited to other countries and banquets with high-level government officials is another fringe benefit. Mr. Robinov was invited to the wedding of the ambassador of Oman’s daughter after helping the country complete a deal. He declined to go to the ceremony, because Mr. Robinov and his wife would have had to be placed in separate rooms during the wedding.

“I just think I said ‘I’m busy at that time,’ ” Mr. Robinov said. “I didn’t get into any details. I didn’t want to embarrass anybody, so I just passed. And I stayed friends with them for a long time.” Very diplomatic. 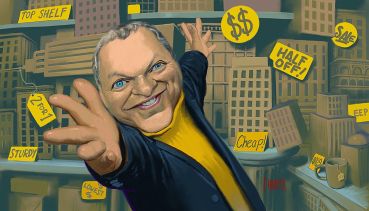