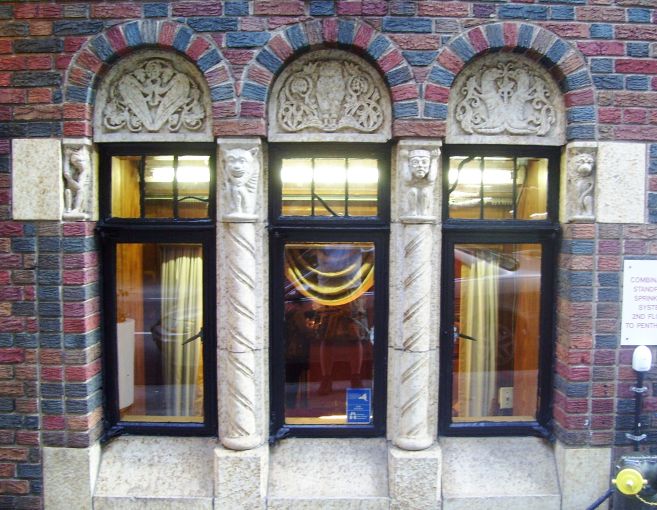 Windows at The Renwick in East Midtown. Photo: Wikicommons

The deal, which closed on Wednesday, knocks out a previous loan against the property, The Renwick Hotel, that HSBC Bank made in April 2016. The borrower of record, Meadow Partners, worked with Interstate Hotels & Resorts and Hotel Asset Value Enhancement to open the 173-room property in late 2015. The stout brick building, at 118 East 40th Street between Park and Lexington Avenues, includes 33 suites as well as 140 guest rooms.

Built in 1928, the 16-story hotel had first life as an extended-stay lodging for artists, with writers such as F. Scott Fitzgerald, Thomas Mann and John Steinbeck logging nights in its rooms. More recently, it was known as the Bedford Hotel, which operated independently. Today flagged as part of Hilton‘s Curio Collection, the hotel features a restaurant on its ground floor, Bedford & Co., led by chef John DeLucie.

The nightly rate for a king-bed room over the Martin Luther King holiday weekend was $219, according to The Renwick’s website. The lodging’s presidential suite, which includes a private balcony, was going for $709 per night.

Heitman, led by CEO Maury Tognarelli, also makes public and private equity investments in addition to its debt work. It claims $5.5 billion in under management as well as $1.8 billion in real estate lending on its books, accumulated from strategies that range from structured senior debt to high-leveraged and mezzanine approaches, according to its website.

Manhattan hotels felt a mild squeeze in the second half of 2018. Data for the fourth quarter aren’t yet available, but a November report from PricewaterhouseCoopers observed that hotels’ revenue per available room in the borough had sunk 2.1 percent year-over-year in September 2018, with occupancy retreating slightly from the year-ago level as well. And chain-affiliated hotels like The Renwick fared slightly worse than their independent competitors: average rates for chain hotels rose by just 0.1 percent, versus 1.9 percent for unbranded properties.

Representatives for Heitman and Meadow did not immediately respond to inquiries.